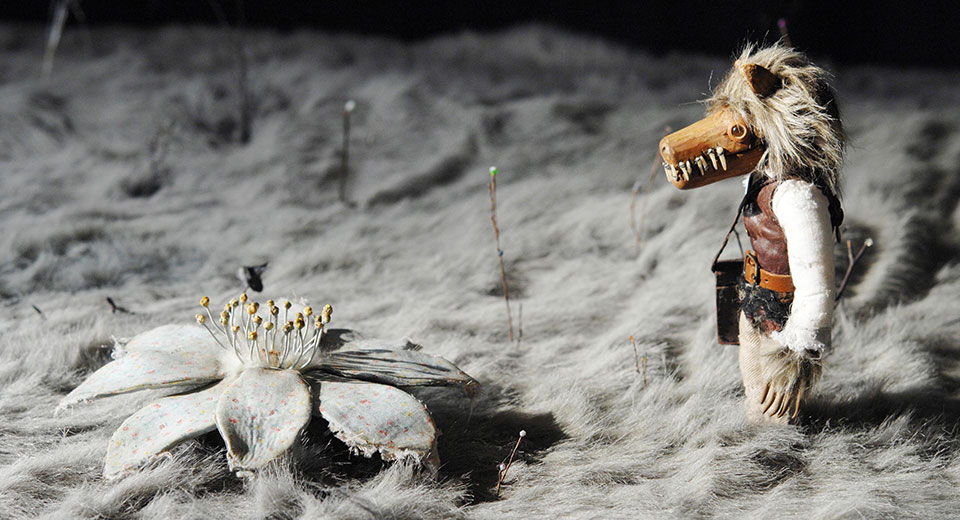 Without a neurotic impulse to awe his audiences with the teeming vitality of his stop motion worlds, Tomoyasu Murata casts stillness and silence across his somber, psychedelic landscapes in order to fashion a network of dream-spaces forming wordless echoes of lived reality. Murata often rests the camera on one of his motionless figures, unconcerned that the lack of animation threatens to break the medium's spell. These are not meticulously set dollhouses, but living visions. His work is unhurried, gaining in profundity what it sacrifices in imitation. And now Japan Society presents Murata's introduction to American audiences with a retrospective premiere of eight shorts woven together by the themes of memory, loss and escape. Their chronological arrangement of Murata's work in this program illustrates the incredible flowering of his vision since his student films at the turn of the millennium, and announces the stateside arrival of a master.

Objects both banal and mysterious link the past and the present as well as reality and fantasy in Murata's work. Snow globes, flowers and photographs act as inward gates, sending his protagonists, a similarly diverse group including twin schoolgirls, a wolf and a sadsack piano player, through their aching nostalgia and deepest traumas. But these reveries are interrupted by natural disaster as several of Murata's films concern the earthquake and subsequent tsunami that leveled Japan's east coast in 2011. The abstractions of AMETSUCHI (2016) suggest a geological cycle of dormancy and violent calamity with indistinct images of smoking vistas and silhouetted mountains, whileMurata's most recent work, A Branch of a Pine is Tied Up (2017), presents the twin disasters' psychological devastation as two sisters seek refuge in a world of make-believe only to have it ripped away by an angry Earth.

Murata's work is oneiric and winsome, brimming with images and ideas but mercifully light on exposition. At once cosmic and sentimental, he's uniquely capable of synthesizing— particularly in his recent work— grand ecological disturbances and the human response. Within his worlds, the two poles are commensurate in their vastness.