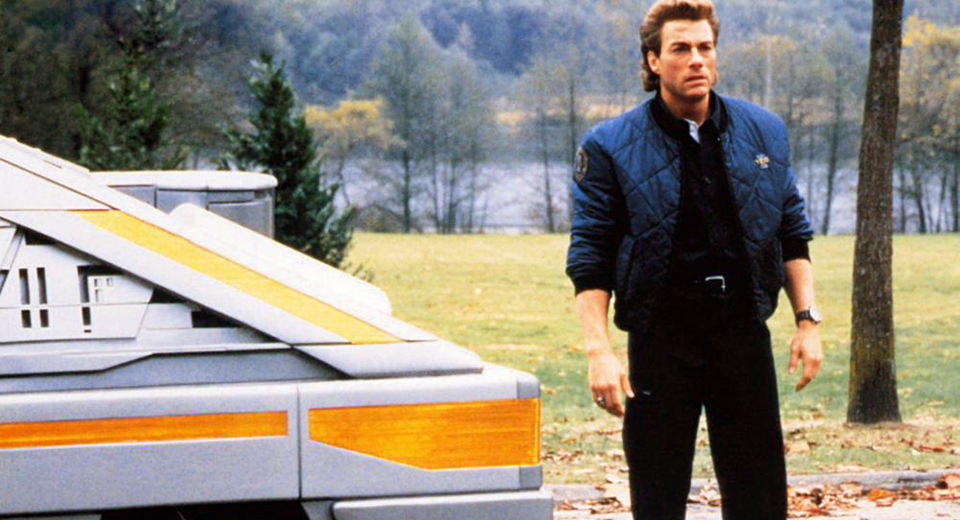 In historical moments of sustained mass trauma, the time travel narrative should hold special fascination, for what decent person among us cannot look toward the White House and see a contemptible con man who is annihilating the country’s standing as the leader of the established post-WWII order to vindictively erase the legacy of the first black president, build a tower in Russia, and exercise his nubby thumbs to provoke war with North Korea and various national sports leagues while ignoring (or exacerbating) unprecedented climate disasters affecting millions of people, and not wonder if maybe we’re the unfortunate losers stuck on the alternate, shitty timeline?

During the freewheeling days of the 2016 primaries, many Republican candidates were asked whether they would kill Baby Hitler. The best answer was provided by Jeb!, who said, “Hell yeah I would!” Tellingly, the current President of the United States of America, who stated moral equivalency between Neo-Nazis with counter-protesters and is alleged by his ex-wife to have kept a book of Hitler’s speeches on his bedside table, said “no comment.”

But hold up, says Timecop —what if killing Hitler, “much as we’d all like to,” caused a chain of events that would alter or destroy mankind? And so, in 1994, concurrent with the country’s scientists’ invention of time travel, the U.S. government creates a Time Enforcement Commission to prevent unauthorized ripples. Jean-Claude Van Damme plays an agent who stumbles on a plot to illegally use time travel and market manipulation to fill the coffers of a senator attempting to win the Presidential election through unlimited ad buys.

In the interest of interpreting stories in light of our present, unchill political reality, Timecop provides much fodder, including its antagonist’s assertion that “We need someone in the White House who’s so rich he doesn’t have to listen to anybody.” He punctuates this remark by shooting someone in the head, to which Van Damme responds, “Maybe he’ll calm down after the election.” Hah.

But one sees Timecop in order to appreciate pleasures like watching a Belgian guy with a mullet and quicksilver swords for legs engaging in fisticuffs with Depression-era brawlers—and it delivers. Peter Hyams is unique as a studio director who works as his own cinematographer, and the moody elixir drunk by his ‘scope frame anticipates the serious tone of Christopher Nolan’s Dark Knight movies while leaving room for winks toward Demolition Man-style satire. It’s good fun for 100 minutes, after which time one is likely to step out of the theater and check news alerts to discover we’re further enmeshed in the real world political equivalent of finding out Stallone starred in Terminator and all restaurants are now Taco Bell, or whatever. We were flushed down the wrong wormhole into a 90s satirical dystopian action movie world, and we might as well do some research.