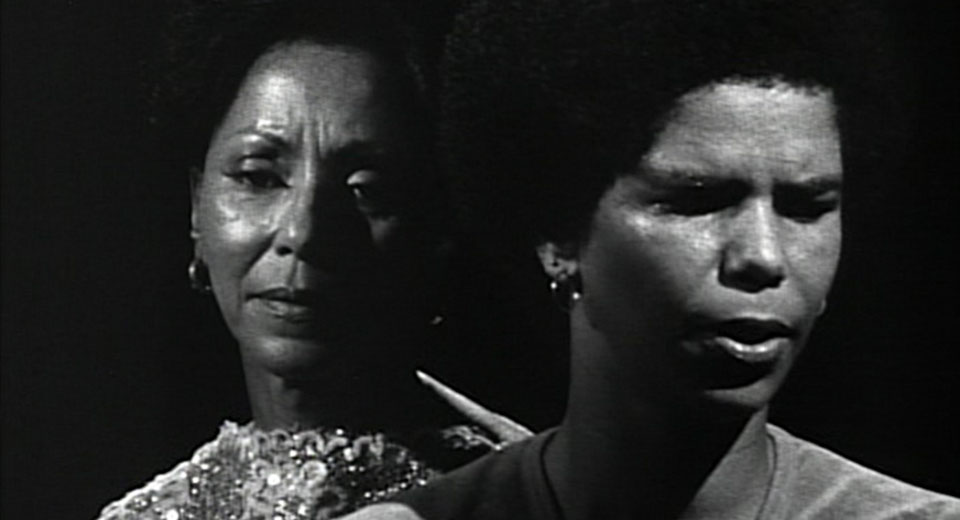 A funeral can be an unexpectedly perfect environment for bonding over memories and opinions that may have long been kept quiet. What’s less common is to purposefully stage the sharing experience to obtain a verbatim record of the memory while intentionally exhibiting the very moment when a secret cracks open. For artist Camille Billops (who passed away in June this year), this was exactly how she began her filmmaking career with the short documentary Suzanne, Suzanne (1982), co-directed with her husband James Hatch.

In the film, Billops focuses on her sister Billie and Billie’s daughter Suzanne, following the death of Suzanne’s father, as they openly discuss the physical abuse they suffered at his hands. They each had been victimized, but were not allies against each other’s tormentor. Part of the secrecy their family has endured is not the fact of the beatings going on, but the inner reasoning that should have been an open dialogue, yet was instead a shoved-down, repressed cry of fear. Billie, once a beauty contestant who took her first beating shortly after Suzanne’s older brother was born, develops passivity. Suzanne, increasingly victimized and descending into a heroin addiction, is left shattered inside her own worldview, which includes a mother who would rather turn the other way than step up for her daughter’s protection.

While the abuse is discussed between Billie and Suzanne, reaching an on-camera “forgiveness” moment, the decision to film it at all lingers uncomfortably. Billops and Hatch are not staging an intervention on their family’s behalf, they are staging a documentary film for its form. Screening the film will not lessen Suzanne’s or Billie’s suffering, nor will having audiences watch it help heal either woman’s wounds. It is a delicate subject matter for which Billops curiously takes on the responsibility of being an author. Why did Billops decide to focus on her sister and niece? Why now? How much talking-head footage of Suzanne was cut out, and why is there no footage in which we are left alone with Billie?

Questioning the directorial choices questions the original intention for the film, but family lore would become Billops’s common subject, notably with Finding Christa (1991), about her own reconnection with the daughter she gave up for adoption when the girl was four. Having been both subject and author of her own family, Billops must have come to know that where there is history, there is maintenance.