A Straighter Kind of Hip 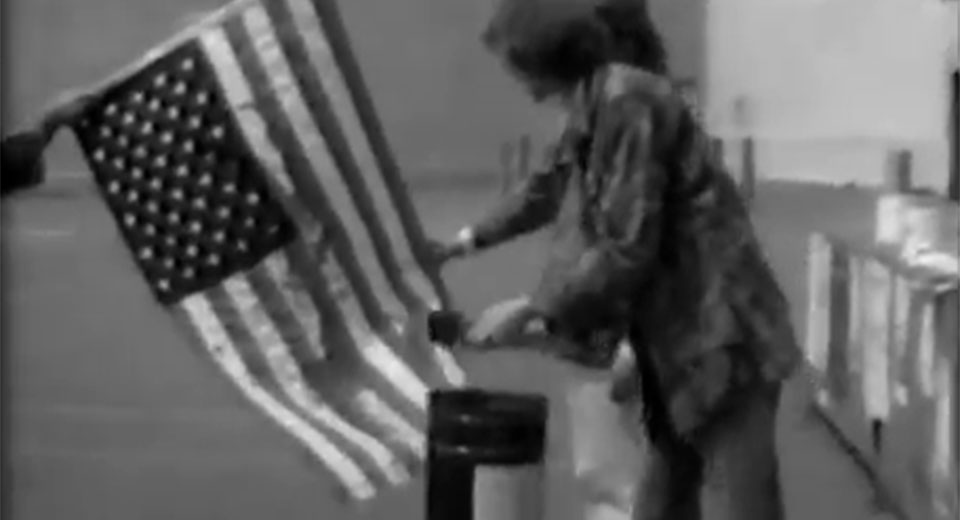 In the late 1960s portable video equipment first reached the hands of artists and radicals. Although the black-and-white, comparatively unstable signal was considered too poor for broadcast quality, it also liberated the process of video documentation from bulky studio cameras and refrigerator-sized editing decks—and video, compared to film, could mean lower costs, immediate playback, and a more streamlined workflow. By the early 1970s, in the spirit of Vietnam-era revolt, video had stimulated the growth or been incorporated into the repertoire of radical media collectives like the conceptually playful Ant Farm out of San Francisco, cross-country gonzo media interventionist TVTV (“Top Value Television”), and the collectively living Videofreex broadcasting out of the Catskills. Among the groups were Optic Nerve, whose Project One, screening tonight as part of a lecture at Light Industry, documents the title San Francisco urban warehouse commune that housed the group’s studio.

“Initially, I didn’t know quite what to expect, because I was sorted of turned off by the whole dope smoking hippie thing, and I didn’t know if this was going to be a big commune, or what the hell it was going to be,” says a member early on. The activities of the Project One members are focused on reimagining urban space, reconceiving of their relationship to property, and wrestling with the relationship of emergent technologies to their lives. Their ideas exist somewhere between lofty, techno-hippie utopianism and purely practical or proprietary concerns. Inevitably, as with most documents of collectives and communes, Optic Nerve’s video becomes focused on the intersections of various matters with process—stretches are devoted to questions of rent and utilities, child care, and gender dynamics as they relate to the larger group, which is steered by consensus- rather than majority-based decision making. “Do you think the things they talk about are important,” a member of Optic Nerve asks a girl who can’t be more than 8-years-old. “Of course! ‘Cause like, if we didn’t have general meetings, we wouldn’t be able to make sure that everything’s OK, like if the rents were paid and that.” As a follow up: “How would you change or make them better if you could?” “If I could, I would say, ‘OK everyone, you’re not gonna yell and scream,’ but I can’t do that, ‘cause you have to yell and scream to, you know, feel good about it.” Spoken like a true veteran.

For tonight’s screening and presentation, Columbia University’s Felicity D. Scott “will speak to Project One and its refunctioning of urban industrial spaces at a moment when communications technologies, a knowledge economy, and postindustrial labor were increasingly coming to reconfigure social, economic, and urban relations in America, including collapsing living and work spaces and forging new topologies born of remote access.”