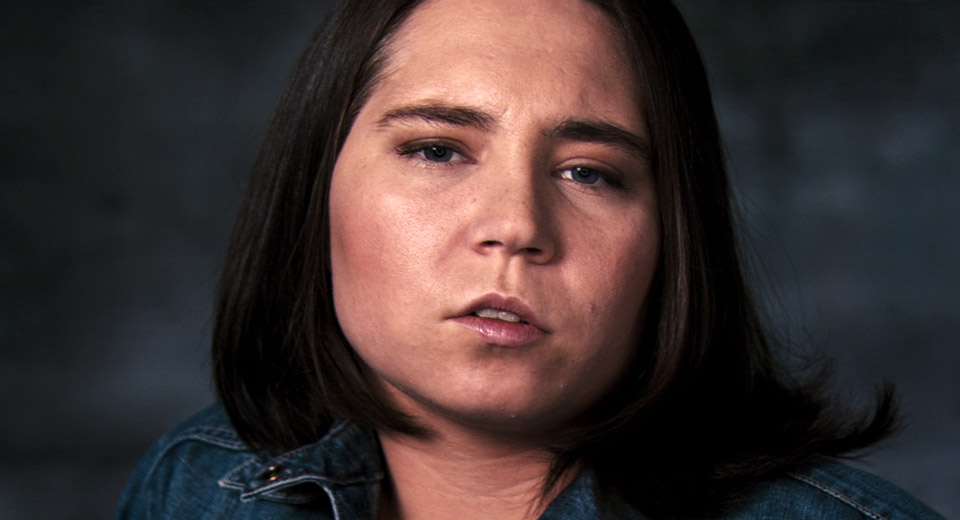 “They weren’t being tortured per se. They were going through discomfort to try to aid in obtaining information.”

Late in Standard Operating Procedure, Brent Pack, the Army Special Agent charged with investigating the 2003 war crimes at Abu Ghraib prison, shamelessly offers Errol Morris this clarification of snapshots featuring naked men handcuffed to bed frames with women’s underwear hung over their faces. Pack has no reservations acknowledging the torture that led to 17 American soldiers receiving discharges, prison time or demotion, yet he insists on splitting the same hairs the Bush administration used to justify terroristic interrogation policies before, during and after the PR fiasco wrought by the infamous Abu Ghraib photos found their way onto American front pages. Waterboarding, sleep deprivation, forced nudity, stress positions (e.g. prisoners chained to a wall for hours with arms positioned behind and above the shoulders) constituted permissible “enhanced interrogation” techniques while contact injuries and sexual humiliations were considered torture. The distinction provided the architects of two lawless wars with a safe haven from consequence and an opportunity to cut loose the expendables at the bottom of the food chain.

Morris grants ample screen time to discussions of this inverted accountability, but his primary concern is the cache of images recorded by the soldiers tasked with guarding the “detainees” that the U.S. military indiscriminately hoovered up during the early occupation of Iraq. The leaked photos, captured on primitive digital cameras, repulsed Americans not merely for the inhumane treatment suffered by the prisoners, but for the glint of mirth in the eyes of our “men and women in uniform.” They smirk at the genitalia of their prisoners while arranging them in human pyramids or simulated sex acts. They take turns posing next to a corpse, each flashing a thumbs up.

But true to his investigative proclivities, Morris is preoccupied with what the photos leave out. Nearly all who participated in the torture cite instructions and assurances from CIA agents and private contractors in charge of interrogating the prisoners. The disgraced veterans Morris interviews have much to gain by offering the “just following orders” defense, but the pictures have ensured that they are forever the face of this travesty while the spooks with enough sense to stay out of frame are free to continue blasting Metallica all over the Middle East. Morris and director of photography Robert Richardson present these figures as dissolving ghosts during otherwise vivid reenactments of physical torment. Without photographs to fix them into existence, they’re able to continuously rematerialize outside of the public’s gaze.