The Song of the Scarlet Flower 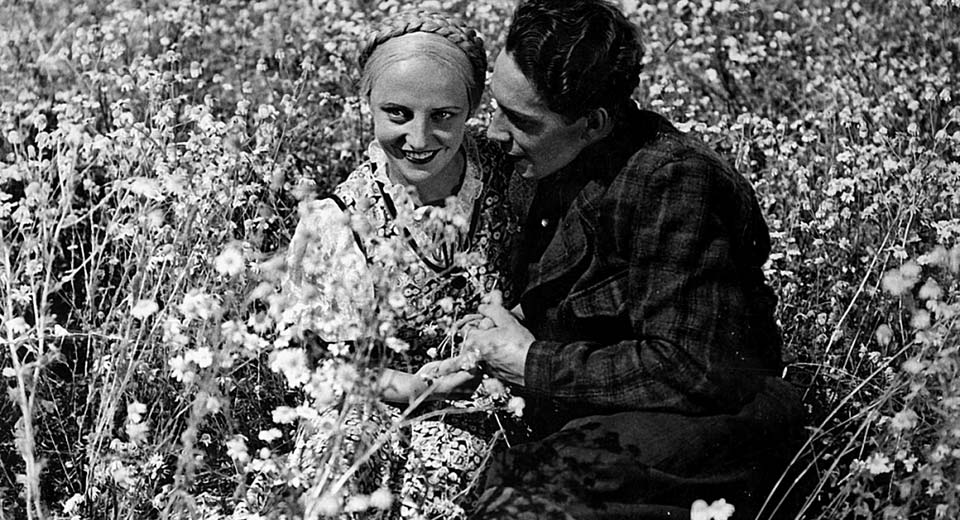 Although naturalized Finnish filmmaker Teuvo Tulio’s name recognition cuts a low profile, The Song of the Scarlet Flower  stands out as one of the most sensational and unjustly obscure entries in the Film Society of Lincoln Center’s International Melodrama series. It’s the oldest surviving film by the cult-favorite actor-turned-director, and yet many of his outré tropes are already in place in this thirsty gem from 1938.

Olavi is an arrogant young Lothario from a middle class rural family. Soon after we meet him, his mother catches him mid-tryst with a servant girl and doesn’t mince words expressing her disappointment: “I’m afraid your father’s blood is running in your veins.” In flashback, she discovers her husband in bed with another woman while breastfeeding Olavi. He chases her down and throws an axe at her head, narrowly missing and leaving a scar on the wall of the family home. Cradling their child, she looks back at him not with fear but contempt and pity. In Tulio’s universe, men are universally hypocrites and philanderers, and the women don’t shy away from letting them know it. Olavi tells his mother he intends to marry the servant girl, but she calls bullshit. “You are your father’s son,” she tells her boy. “Neither of you cares whether you destroy or build.”

With that, Olavi strikes out as a logger, seducing his way through the countryside while busting up log jams and breaking hearts. While frequently indulging in the beauty of the Scandinavian landscape, Tulio throws subtlety to the wind: one moment Olavi’s surfing tree trunks down roaring rapids (these sequences appear to be incredibly dangerous), the next he’s baring all full-frontal while skinny dipping with his latest conquest. Moments later a dejected suitor looks on them and sighs—Tulio cuts to a sad log floating in still water.

Eventually Olavi plumbs the depths of bars and brothels, reacquainting himself with familiar faces. He decides to marry one of his girlfriends, whose disproving father says, “If you leave, you leave right now—and wearing exactly what you wore when you came into this house.” She defiantly strips before him. And yet Olavi spectacularly sabotages the wedding in a jealous fit when he learns he wasn’t her first lover—but she accepts no shame. At last, he’s excoriated by a former flame with an extended tongue lashing—”Other scoundrels have touched me, but only with you have I sinned.” You don’t see the patriarchy savaged like this in Lady Ghostbusters.