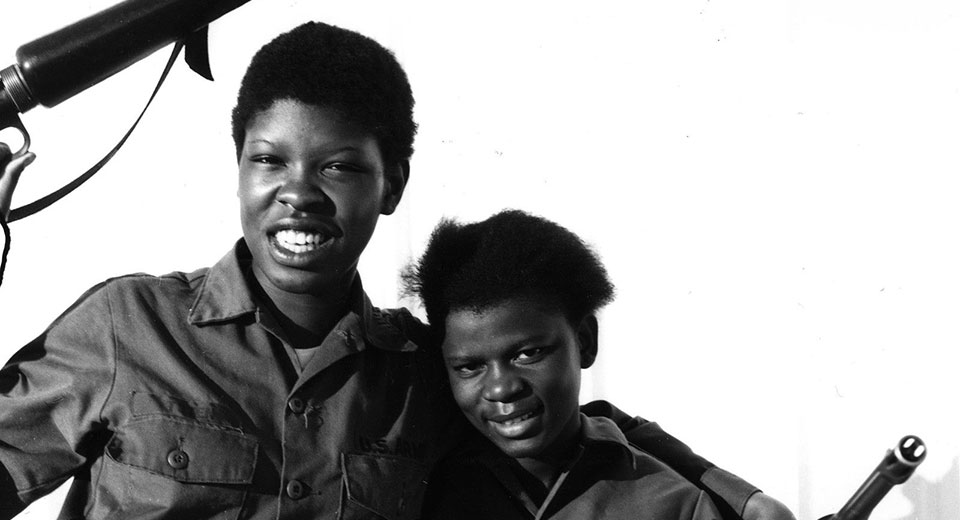 Joan Churchill and Nick Broomfield produced a series of controversial cinema verité documentaries throughout the '80s, including Juvenile Liaison and the infamous Lily Tomlin. For Soldier Girls, the duo filmed the tedium and travails of basic training for the women of Charlie Company in Fort Gordon, Georgia for fourteen weeks. Released a year after the financial and critical success of Private Benjamin, Soldier Girls serves as a downbeat though essential, and often darkly humorous, counter. While Goldie Hawn's character transforms through the rigors of basic training from a woman whose sole ambition is to marry a "professional man" into an independent soldier, confident in her own abilities and desirous of her freedom, in Soldier Girls, we witness a casual conversation amongst the privates in which one woman happily proclaims that if her boyfriend "wants me to stay home, I'll stay home," and another is threatened with thorazine for her refusal to respond to a torrent of verbal abuse.

Soldier Girls focuses on a number of women in Charlie Company who are viewed to be physically unfit and often in tears. Private Tutin, for example, weeps after being punished for "grinning" while in basic formation and struggling to perform a burpee. Another private is quietly harangued by a male sergeant to "knock out all this emotional stuff" and to keep her eyes open while shooting. Private Alves erupts into a hysterical screaming fit after hours of digging a hole as punishment for lack of motivation. Private Johnson, a particular bugbear for the sergeants due to her open contempt for the proceedings, never makes the shift to successful soldier. Is this portrait of apparent weakness inescapable due to the gender of the subjects, who by their very nature, as the sergeants explain, need different motivation? Soldier Girls refuses to offer a redemptive narrative or the glamour of order, insisting instead alongside private Alves, "This is ridiculous."

Though the film captures the training of a "peacetime army," the specters of Vietnam and the threat of nuclear annihilation make rare but poignant appearances, particularly via the R. Lee Ermey-like drill sergeant Abing's unflagging intensity and exhortations that "this next one" will be about "the red white and blue.” A time capsule of the Cold War and complicatedly feminist, Soldier Girls is imbued throughout with a stale atmosphere of futility that nearly chokes these fallible humans, with their stained uniforms, irresistible humor, beautiful singing voices and style.