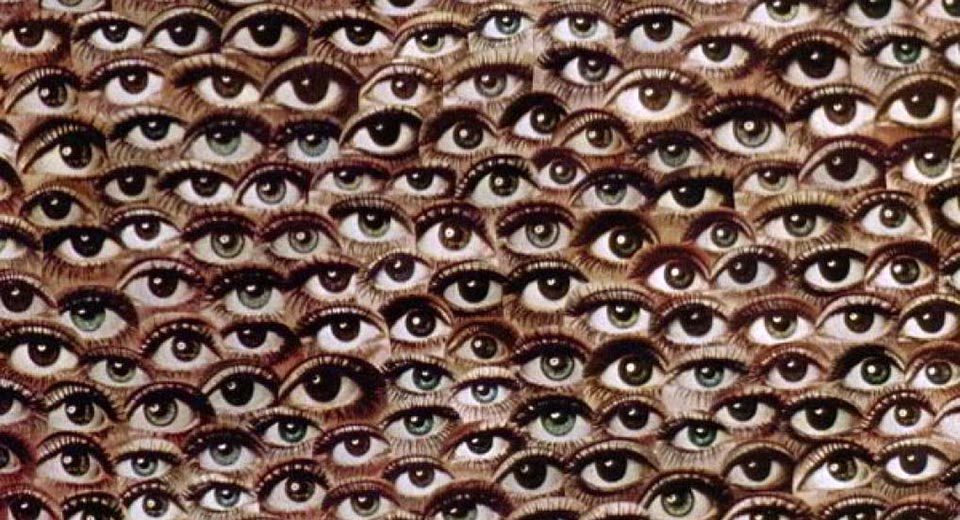 During their heyday in the late 1960s and early 1970s, husband-and-wife animation duo Frank and Caroline Mouris produced an effervescent body work that – over forty years layer – continues to maintain a well-earned toehold in that mercurial twilight between Terry Gilliam's Monty Python titles and Sesame Street's more playful interstitials. Pop-y and sweet, but never saccharine, this prolific catalogue of short works utilizes an impressive mastery of stop-motion collage to tweak and prank a dominant counter-and-consumer culture zeitgeist that persists to this day.

Included in a program at Anthology Film Archives are several highlights, including Frank Mouris' Academy Award-winning Frank Film (1973), a multivalented meditation on childhood conceptions of faith and divinity; Chemical Architecture (1968), a kinetic documentation of the Yale architecture department's experiments in indoor architecture; and You're Not Real Pretty But You're Mine (1968), a de facto Sonny and Cher music video that predicts memeification and the inherent humor of repetitive cat pictures.

The Mouris' draw from a pool of source material that spans time and space – from Victorian cartes-des-visites to then-contemporary issues of The Ladies' Home Journal – to create succinct and sui generis gaieties that still manage to keep the "familia" in "familiar." The aforementioned films play tonight with seven of their most-beloved films tonight at Anthology Film Archives as part of the cinema's SHOW AND TELL series, a quarterly round-up that provides lucky audiences members with a rare opportunity to engage with both the art on screen and the artists in attendance.