School in the Crosshairs 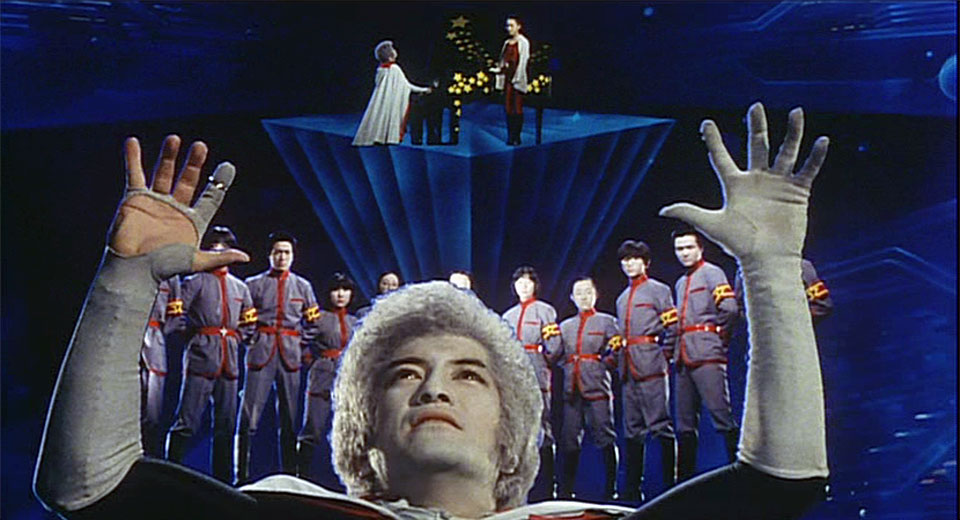 House initiates will be just about the only people prepared for Nobuhiko Obayashi 's School in the Crosshairs (sometimes more clumsily translated as The Aimed School ), a dizzying sci-fi movie exemplary of the genre masters' utterly bizarre filmmaking and homebrewed special effects. While Obayashi is best known in America for his midnight classic haunted-house horror flick House , a Google search of School in the Crosshairs likewise turns up video clips with titles like "crazy special effects," which is a rather understated way to define Obayashi's distinctive bad-acid-trip aesthetic.

Compared with House, School in the Crosshairs is played a little straighter: The story follows schoolgirl Mitamura Yuka (Japan's beloved Hiroko Yakushimaru), a star student who finds herself struggling to understand her newfound telekinetic abilities. At stake in her struggle is the fate of the universe, but also the fate of the Dai-Ichi College, where Yuka and her friends go to school. At Dai-Ichi, the battle is on a smaller, if no-less-serious scale—should teenagers be allowed to be ruckus pranksters, or should they fall into an un-fun, authoritarian order if it means getting good grades? A magician-alien from Venus and a transfer student from Hokkaido have some thoughts on the matter, and Yuka is all that stands in their way.

School in the Crosshairs' vibrating neon magic spells, matte-painting backgrounds, and inexplicable dance montage could turn away the filmgoer too serious to let herself enjoy Obayashi's bewildering playfulness. But as for picking sides in the battle between childlike tricks and approval-seeking conventions, Obayashi has made his loyalties abundantly clear.