The Salt Mines + The Transformation 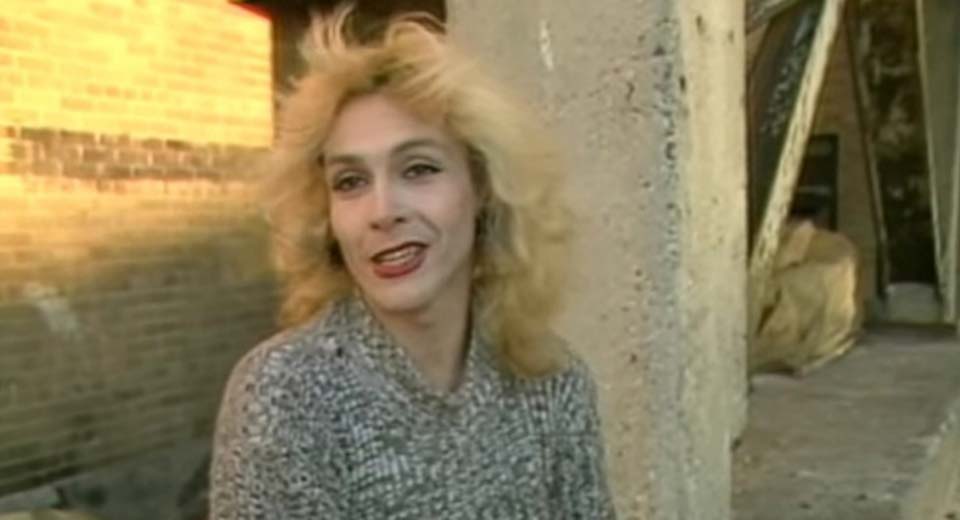 While Jennie Livingston’s exuberant Paris is Burning has long been considered the defining portrait of New York’s trans community at the height of the AIDS crisis, Susan Aikin and Carlos Aparicio’s The Salt Mines operates within a similar milieu—the tenuous lives of trans women, drag queens, and gender rebels struggling to obtain a self-actualized existence in a society fixated to their destruction. But where Livingston’s film emphasizes the glamor and escapism that provide lifeblood to a people that refuse to be trod upon, The Salt Mines is every bit a darker, through-the-looking-glass counterpart.

Centered around Sara, Gigi, and Giovanna, three Latinx trans women struggling to survive during the waning days of pre-Guiliani Manhattan, The Salt Mines uses their stories to explore the larger, “rough sleeping” comunity at a West Side garbage facility. The decrepit network of salt stores, crumbling warehouses, and totaled sanitation trucks is their ad hoc homestead—another entry in the list of overlooked spaces that provided some stability, however fragile, for a community under siege. Caught between the double-bind of social and economic oppression, all three subjects rely on sex work to support themselves and their respective drug habits. No person should be forced to live this kind of hand-to-mouth existence, but the subsistence they find on the fringes of city and society alike is a heartbreaking account of how desperation is often the tightest bond.

This is no clean cut-and-dry story about overcoming persecution, or a bright warm light at the end of the tunnel. Aikin and Aparicio’s follow-up film The Transformation , screening alongside The Salt Mines as part of Metrograph’s larger series “Tell Me: Women Filmmakers, Women’s Stories,” picks up the thread of Sara’s life five years later, and finds her living, again, as a man in a Texas Evangelical community. For Sara, like her fellow travelers Gigi and Giovanna, there were countless twists and turns of fate that led them to place where The Salt Mines begins, but they are united by a common objective. “We have fun here most of the time, maybe some fights and shit,” one cheery resident reflects, “but we survive—that’s the important thing.”