Roses Bloom on the Moorland 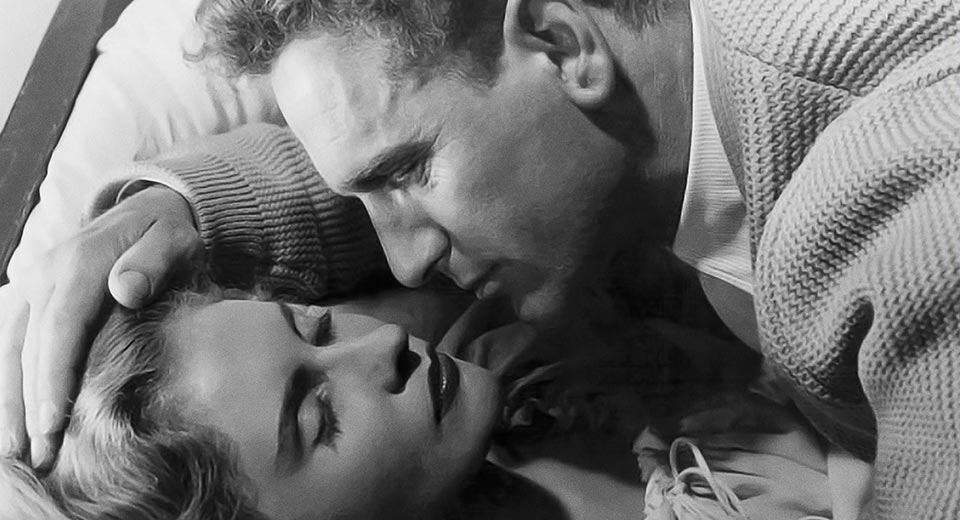 An eerie fog haunts Roses Bloom on the Moorland (1952), foretelling doom for its characters while poetically evoking an exalted cinematic past. Hans H. König’s gothic melodrama is one of the more intriguing films of the Heimatfilm cycle that dominated West Germany after the war until the insurgent New German Cinema foresook “papa’s cinema” in the sixties. As with the French New Wave’s disavowal of the cinéma de qualité, a good amount of babies were unceremoniously chucked out with the bathwater. Of course the cold war youth loathed their cowed forebears: Heimat films retreated from the RPG’s hollowed cities and ignoble occupation to the pristine countryside in search of timeless, romantic stories unworried by national socialism. Nothing is more anathema to radical youth than denial.

In the case of Roses Bloom, a darkness both literal and narrative disturbs the pastoral idyll. It’s a monster movie of sorts, in which the hulking Eschmann, a wealthy farmer, violently pursues Dorothee, a young farm girl. She wants to marry a young architect and relocate to the city, but an omnifarious malevolence grasps at her from all sides. Local legend tells of a 17th century villager luring her rapist to a sinking death in the titular moor. The pits become the site of Eschmann’s brutal satisfisfaction and Dorothee withers to somnambulance. The splendor of the homeland spoils, yielding monsters and shadows intent on devouring the young. There’s little trace of Nazi allegory, but König unspools a poisoned thread between the vaterland and the volk.

Reduced to a formula, König’s film is lite expressionism by way of Val Lewton. Dreamy dissolves and canted frames obscure the hallowed landscape, no longer a refuge but a dungeon. The most shocking aspect of the film is how superfluous the dialogue and music become as they’re paired with unambiguously illustrated storytelling. Roses Bloom on the Moorland curiously resembles films of the early 1930s, when sound was crudely grafted over expository images. It is at its core a silent film, a gorgeous one at that. Don’t tell the youth, but papa wasn’t all bad.