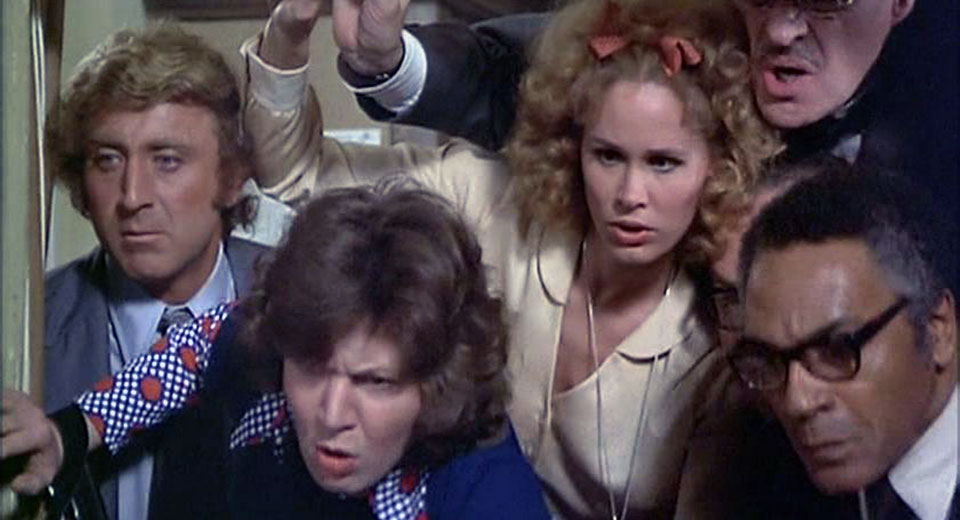 Two interrelated nightmares run through Eugene Ionesco’s 1959 play Rhinoceros : fascism’s centripetal force and its degradation of language. One at a time, and then all at once, people transform into rhinoceroses. The most learned are as susceptible as the least. Bewilderment curdles to indignation before resignation subsides to acceptance. The metaphor is, putting it mildly, bald. Ionesco sustains the pat message with a sarcastic bombardment of zingers and cliches issuing from his de-psychologized characters. Fascism has done its work when its subjects no longer say anything they haven’t heard before.

In Tom O’Horgan’s 1974 film adaptation, Gene Wilder and Zero Mostel play Stanley and John, a miserable hedonist and an insufferably refined buffoon, respectively. When the first rhinoceros appears, Wilder pouts through a hangover while Mostel histrionically shouts how peculiar it is to see the pachyderm outside of a zoo. The intelligentsia protesteth too much; an hour later, John munches on houseplants while sprouting an imaginary horn. This second act transformation—sans makeup or special effects beyond the man’s face and bulk— is Mostel’s magnum opus, a symphony of bestial hiccups and shattering glass. Wilder’s performance basks in a medicine-head glow before hardening to frantic resistance against the rhinocerization of his world. “They have to be fought!” he whines, until he’s utterly alone and wondering if he’s still speaking English without anyone around to confirm it. His bittersweet victory arrives as he overcomes doubt of his own existence.

Every character speaks in folky chestnuts, logic problems, advertising slang and empty well-wishings. Their humanity has already been paved over with the alienation of pleasantries and received wisdom before the first sighting of the beasts. O’Horgan choreographs the characters falling in and out of absurd synchrony, spinning in desk chairs and burping up the same empty phrases. They’ve always been ready for the rhinoceros. Resistance is possible, but desolate. Far more pleasant to fall in. A simple lesson absurdly told.