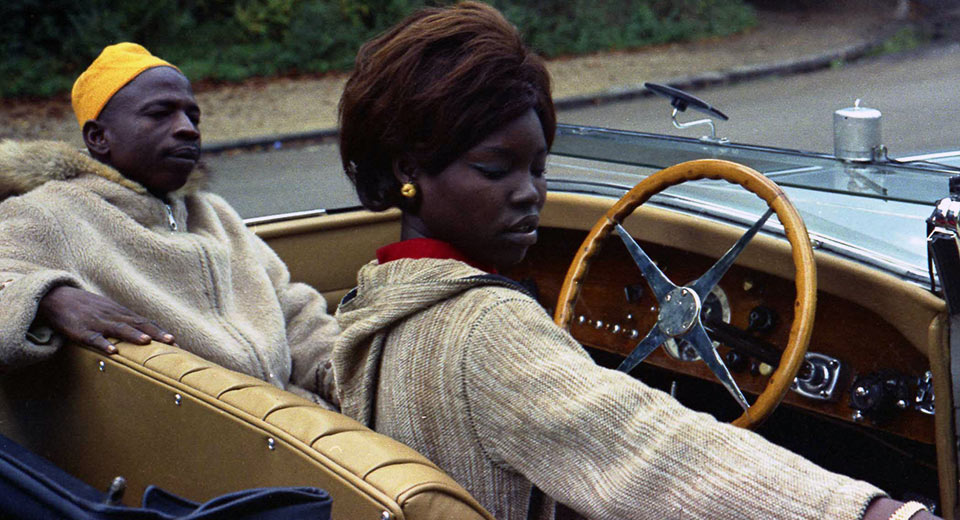 “You see young couples who put their mouths together. So there’s a lot of tuberculosis here. They look like donkeys.”

A Nigerien in the import/export business has journeyed to Paris to survey Europe’s multistory buildings in Jean Rouch’s second docufiction work, Petit à Petit (1971). Frequent Rouch collaborator Damouré Zika plays a loose version of himself, reprising his role from Jaguar (1967), the team’s first foray into largely improvised collisions between ethnography and narrative filmmaking. The fictionalized Damouré and his business partners hope to emulate the Parisian towers in order to best a similar effort underway in a neighboring town. As was the case with centuries of Europeans studying African culture, the Nigeriens are equally repelled by and drawn toward their host society. Within the film’s colonial funhouse, the duo even manage to bring a white volunteer back to Niger as a farmhand, only to lament his laziness.

In one sequence that trumps Borat forty years before the fact, Damouré, posing variously as a dental student and a TV producer, accosts French passersby with a series of examinations. Reversing the flow of race science, he counts teeth and uses forceps to measure the craniums of white people on the streets of a European capital. The unwitting subjects comply with their ridiculous instructions even as they ask for ID, all while Damouré records their measurements and mores in a little black notebook. Unlike Sacha Baron Cohen’s bumbling Kazakh, however, Damouré and his crew share a language with their hosts, permitting them to deride French mores in a manner comprehensible to their targets.

Rouch famously inspired the French New Wave’s deployment of handheld cameras, improvisation and nonlinear editing, and all three tendencies are here avidly pursued. One vertiginous sequence of jump cuts takes Damouré and an associate who’s afraid of the Metro’s “hole in the ground” entrance from the underground to elevated tracks and then finally a cable car delivering them to the top of a snow-capped mountain. Recalling Tati and Vertov, the journey successfully defamiliarizes modernity for viewers whose daily commutes have inured them to the “cages” (as Damouré repeatedly describes gates and fences) of industrialized society.