Penny Slinger: Out of the Shadows 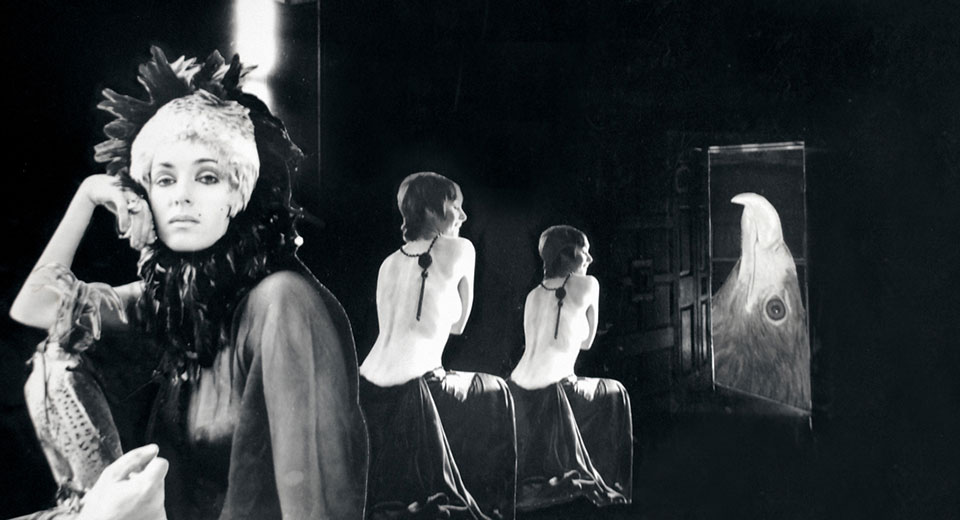 Toward the end of Richard Kovitch’s documentary Penny Slinger: Out of the Shadows, one of the film’s talking heads puts a fine point on what the viewer might be thinking: “When Englishness goes weird, it often times yields interesting results.” In the case of Penny Slinger, a groundbreaking British multimedia artist who largely left the art world, this sentiment can account for part of her work but not all of it. Kovitch’s film, screening tonight at Anthology Film Archives as part of "Out of the Shadows: Experimental Feminist Films," not only sheds light on Slinger’s “mad” works and forgotten legacy. But it also tells the story of a moment in British art and counterculture when artists laid their sexuality and psychic experiences bare on stage and canvas, and in photos and film with revolutionary zeal.

Slinger’s pointedly feminine brand of surrealism is imbued with a dark sexuality, and Kovitch’s film lingers on the spacious interiors the artist used to represent her own psychic experience with all their potent depth and confrontational eroticism. The empty, seemingly haunted manor, in which Slinger staged her own form of self psychoanalysis in her collage series “An Exorcism,” is admittedly very English and very weird, but it is also a conscious site of provocation and therapeutic sexual exploration. Kovitch folds the ideas and images from Slinger’s work into his film using original footage of labyrinthine hallways and imposing edifices along with footage from the rarely seen Peter Whitehead and Penny Slinger collaboration, "Lilford Hall" (1969) and Arden’s film The Other Side of Underneath (1972). The effect is a sort of memory palace—a mental and temporal maze, which, rather than exorcising, codifies Slinger’s powerful and indelible presence.

Penny Slinger: Out of the Shadows shows and tells in equal parts, but ultimately the strength of Slinger’s images take precedence. The interviews provide valuable personal anecdotes and a few profound readings of the work. It is the coupling of the droning score with Slinger’s images, dense with mysterious autobiographical iconography, however, that brings the film to life.