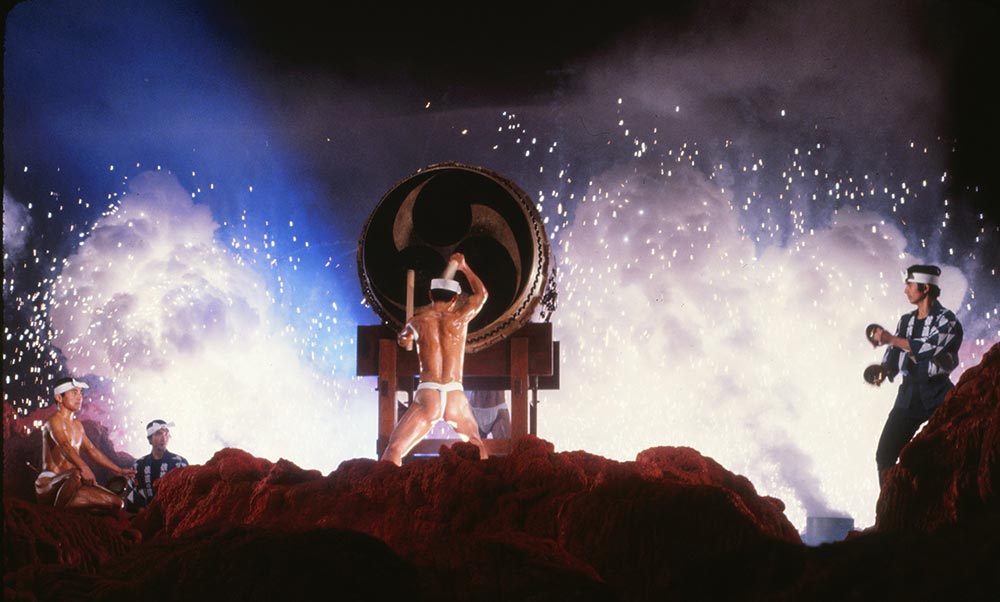 Tai Kato’s final film, The Ondekoza (1981), documents the famed Ondekoza (literally “demon drum group”) taiko ensemble in its incipient years, placing theatrical performances alongside footage of practice sessions. The subject seems like a departure for Kato, known primarily as a director of yakuza and samurai films. But it asks the same question he explored elsewhere through the grim enmities and contested loyalties of mobsters and ronin: What does it take to be devoted to something larger than the self?

Kato is fascinated by Ondekoza’s rigorous training regimen, imposed by its founder Den Tagayasu. After being expelled from university for organizing with the leftist Zengakuren student federation, Den immersed himself in Japanese folk culture and established Ondekoza in 1969 amidst the rugged vistas of Sado Island, off the Niigata coast. At the time of filming, he and a cohort of like-minded individuals (many without prior musical training) lived self-sufficiently in a single dorm, inspired by Mao’s writings on peasant farming communities. Long-distance running is a notable part of their daily schedule. Each member has sacrificed much to be where they are, though they do wonder about the more conventional lives they might have led. In a surprisingly intimate scene, some of the women confess to each other their longing to raise children.

Despite their hermetic existence, the ensemble’s thunderous performances show a side of them that is highly innovative and cosmopolitan. Ondekoza took taiko out of the context of festival drumming and advanced the dramatic, group-based kumi-daiko performance style commonly practiced today. The film loosely traces this development, proceeding from arrangements of folk songs to a staggering rendition of Maki Ishii’s Monochrome II, a landmark piece in the taiko repertoire which blends the forms of Japanese and European contemporary classical music. As taiko scholar Shawn Bender notes, their choreography takes cues from the mannerisms of actors like Toshiro Mifune and Jean Gabin, and their clothing from the fashion sensibilities of Pierre Cardin. With Tadanori Yokoo’s art design and Toshi Ichiyanagi’s electronic score in the mix, The Ondekoza is nothing less than a single-minded directorial vision honed to perfection, on both Den’s and Kato’s part.

What the film doesn’t reveal is that this same single-mindedness compromised the unity of the ensemble itself. It was completed during a time when some Ondekoza members, citing personal and creative differences, split off to form their own groups. One of them, Eitetsu Hayashi, went on to lead the popular taiko group Kodo before beginning a solo career. During a 2016 event celebrating the film’s restoration at the Foreign Correspondents’ Club of Japan, he opened up about their difficulties:

“We didn’t set out to become professional musicians, but the leader of the group [Den] was very strong, very determined, a bit of a dictator. And the group became like a cult. As cults go, as dictatorships go, it was impossible to escape. We had no money, no boats, so we couldn’t leave .‌ . . The group members finally voiced our concerns, and the dictator that he was, he said, ‘You’re all fired.’ So the group ultimately dissolved, which meant that Shochiku couldn’t release [The Ondekoza].”

Nothing in the film betrays any dissent within the ensemble, raising questions as to how much control Den had over its making (he was its executive producer). Yet it is somehow unsurprising that, having learned what they could from him, his students would find their own paths forward. They embodied the discipline required to bear the weight of tradition and the courage required to risk one’s career furthering a new kind of art—and they had come to realize that these two values were one and the same.

The Ondekoza screens this afternoon, June 28, and on July 2, at the Museum of Modern Art as part of the series “Beyond Ozu: Hidden Gems of Shochiku Studios.” 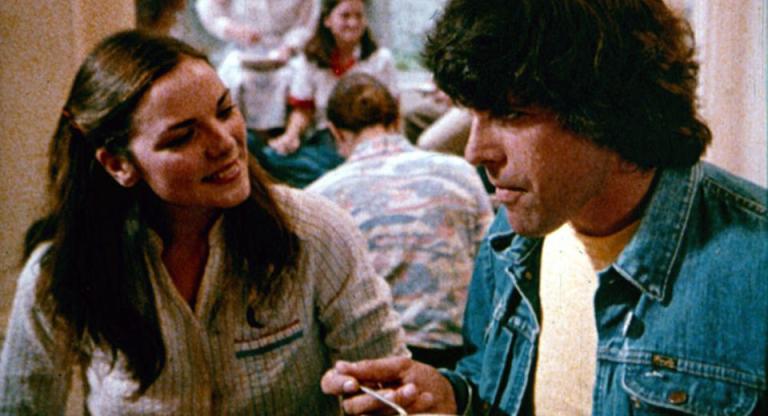 Jerry Hunt: Transmissions from the Pleroma 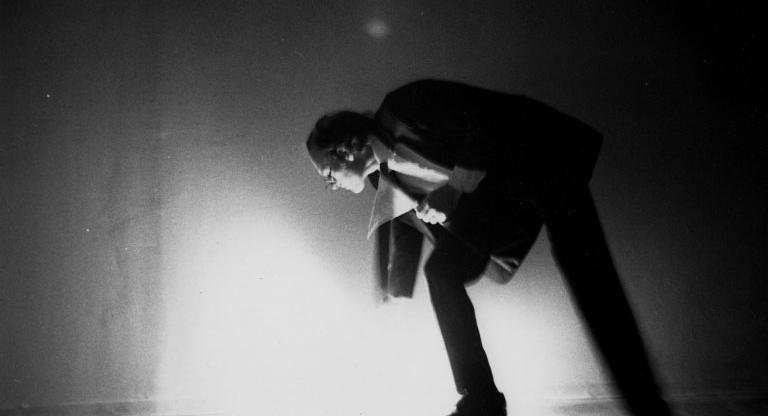 Metal Up Your Wallet: Metallimania & Metallica on film 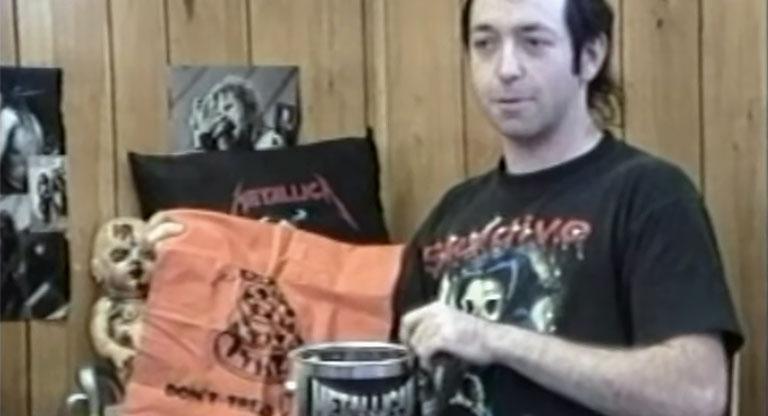