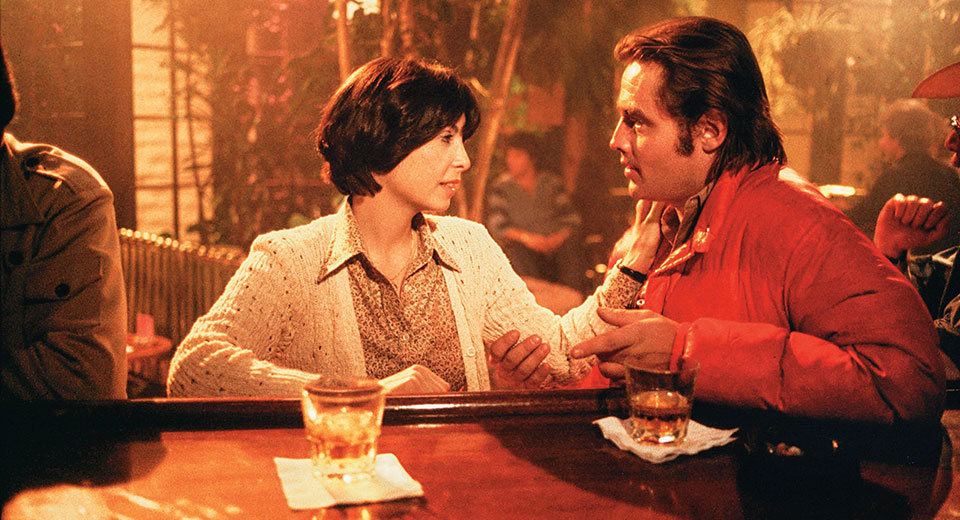 Summer’s home stretch is well underway – each day is now, undeniably, shorter than the last, the passage of time as impossible to ignore as a throbbing heat stroke headache. When that high season mercury rises (and retrogrades), a Sirocco breezes through New York’s already-fetid city streets, blowing a miasma of crushes, dalliances, and feverish nights straight through the crevices of every Uber and boudoir. The revival run of Joan Tewksbury’s Old Boyfriends, restored on 35mm at Metrograph, could not have conjured a better forecast.

Talia Shire’s still waters run deep as the girlfriend emeritus – a cautious, tender everywoman, whose dueling tendencies toward sexual self-enlightenment and spiritual preservation succinctly embody the story’s tonal tightrope walk. Unmoored and grieving, sociology professor Dianne Cruise traverses a primrose path of Me-Decade self-discovery, with a brutal twist. Her recent widowhood and subsequent identity crisis have set her on a mission to reconnect with those titular old boyfriends: the very men who shaped and molded this sensitive creature during what often passes for the most fecund years in many a woman’s life.

With a screenplay by the Brothers Schraeder, this macabre, late-blooming bildungsroman has more than a faint whiff of the “bunny boiler” about it, knowingly sprinkled with eerie epistolary monologues and David Shire’s Bernard Hermann-adjacent, shrill-and-stringy score. Borrowing liberally from the hallowed Hollywood melodramas of yore, projected through the fractured lens of sexual liberation, Dianne’s story pivots on the contemplative strife that is too-often found squatting in the brain of your average emancipated woman. Under a man’s direction, focused on a man’s coming-of-middle-age, Old Boyfriends would be just another solipsistic road movie. Instead, Tewksbury’s nimble narrative rondelet elevates a navel-gazing New Hollywood ponder-fest into the sacred realm of the woman’s picture. Whether it is wise to hang one’s psychic second act on a retread of past conquests is beyond the point entirely: our heroine has chosen this course of treatment, and we owe it to her to tag along as far as we can.