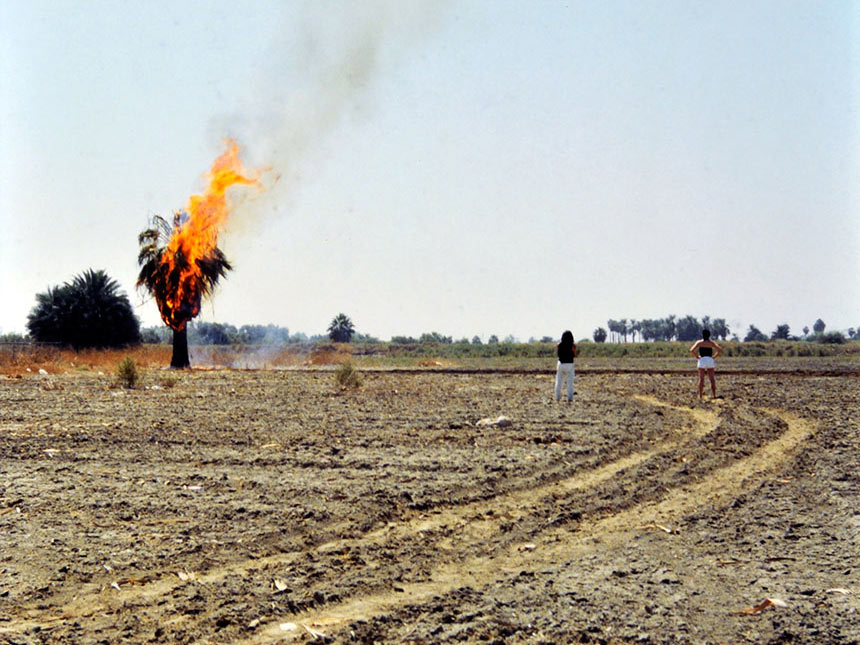 The personification of American independent auteurism, Nina Menkes has stamped every frame of her work with an unmistakable signature that collides inward-gazing dream logic against the violence of painfully real contemporary landscapes. Now, thirty-five years into an uncompromising career, several of her films are receiving overdue restorations, and three of her five features — Queen of Diamonds (1991), Phantom Love (2007) and Dissolution (2010) — as well as the short The Sadness of Zohara (1986) are now streaming on the Criterion Channel. Menkes recently spoke with Screen Slate about her singular approach to filmmaking, the restoration process, and her continued experiments with cinematic language.

This conversation has been edited for length and clarity.

Patrick Dahl: What does the conception process look like for your films? Do you have a consistent starting point that germinates into a movie?

Nina Menkes: I always kind of work from inside out, and I think in that sense my process might be different from a lot of more conventional filmmakers who start with a known story and then fill in the characters and images and the details. I work kind of the opposite of that, which is to start with an image and a feeling, and I write them down almost like they appear to me. It’s sort of an unconscious process. And at a certain point when these images have appeared and accumulated, I might have a sense of a central character within those images.

It has happened to me occasionally that a character is the impetus. With Queen of Diamonds, I had the idea of a croupier, a woman who worked in a casino. So the character can be the starting point, but a character who is more like an iconic or symbolic character as opposed to a so-called real-life character. My characters don’t have back stories. They’re more symbolically charged. After I accumulate those images and characters — or character, sometimes very singular — I find the narrative. So for me it’s a process of discovery into my own self which is more akin to a process of dream interpretation than of creating from the brain down. I don’t really work that way.

PD: Does that process of discovery continue into shooting and editing, or do you tend to start with a very concrete plan that you try to follow?

NM: No, it continues. I’m very reluctant to work with a storyboard or something like that, because it would impinge on discovering the truth of the actual moment that’s in front of the camera. But I do find editing to be a more analytic and more thoughtful stage.

PD: Locations and a sense of place are some of my favorite aspects of your work. At what point do the settings start to enter into your conception of what a film’s going to be?

NM: Each one of my films has really been rooted in place, but with each film it’s been quite different on that level, like The Bloody Child — which isn’t screening on Criterion right now because it’s still in the process of being restored, which I’m really happy about. Tinka, my sister, read an article in the LA Times that said a marine had been arrested in the Mojave desert for the murder of his wife. So that started from a newspaper article. Then there was a process of discovering the 29 Palms in the desert. It was actually my sister again who had gone out and stayed at the Best Western hotel there and told me that seeing all these marines in the hot tub was really intense and that I should go out there. Keeping that newspaper article in mind, I went out there and was completely blown away by this — the largest military base in the United States, and it’s in the desert. The whole atmosphere of this place was so powerful that it infused the whole film. It was like the place was the originating energy.

PD: Was it similar for Queen of Diamonds? You really get at what it actually feels like on the ground in Las Vegas and the sense of alienation that I don’t think a lot of films capture.

NM: Oh, thank you. That’s fascinating because I had the idea of this high-class casino worker, a more old-fashioned idea of what casinos were like in Europe. So I was like, “I’m going to go to Las Vegas.” I had never been there. I wanted to go and walk around and just see it. I had this idea about this croupier. So I went there and I was actually confronted by the fact that the concept that was in my mind of these high-end casinos with chandeliers and velvet couches or whatever was completely not Vegas. Vegas is the buffets for $3.99. And I thought, Oh no, this is all wrong, because it didn’t fit my idea. And then I went through this process thinking, Oh my god, but what is here is so incredible. That was a case where my inner image clashed with reality and formed a new thing, which was Queen of Diamonds.

PD: What about Dissolution?

NM: Now that I’m going film-by-film I realize each one is so different [with regard to setting]. I was living in Jafa, and I was experiencing the atmosphere in Israel, which is a little intense, and particularly in that neighborhood. You have a lot of Palestinians in that area, which is becoming highly gentrified as they push the Arab residents out. There were a lot of street cats. So my first idea was a documentary on street cats, but then there was this guy walking around. He was my neighbor, and I was incredibly intrigued. So there were elements of the intensity of the atmosphere in Jafa and these street cats and this guy slinking around. And then ... it was one of those things where you’re in a foreign country and you’re just dying to read something in English. I was at a friend’s house and she had a translation of Crime and Punishment, and I said, “I need to read something in English, give me the book!” And the more I read it I felt that it was the perfect metaphor for the political situation in Israel. And I felt like Jafa filmed in black-and-white would almost look like St. Petersburg. And here’s this guy slinking around who actually looks a whole lot like [my image of] Raskolnikov. And when I approached him about it he told me, “You know, my whole life I’ve always felt like Raskolnikov.” So then I thought Okay, it’s all meant to be.

PD: One of the other things I’ve really enjoyed while revisiting these films is the volley between extreme closeups and tableau wide shots because it’s so outside of typical film grammar. There’s a rhythm to it, and it puts the characters in such interesting proximity to the viewer. So I’ve been wondering how you approach staging.

NM: On that level, I retreat to my basic boring answer of it being very intuitive. I don’t think about things formally in a conscious way but then I notice that my films always feel very formal. It’s not something that’s consciously constructed. I try to feel it. I do my own camera, which is something I have to do for exactly this reason. I don’t like to overanalyze, then figure it out, and then tell someone else what to do. I’m very scared of the phrase “figure it out,” because I don’t like to figure it out. I like it to kind of appear before me in its truth. Me with the camera, feeling into the truth of the moment and the truth of the frame. Not so much necessarily what the character is feeling, but more what I’m feeling about the scene and the character.

PD: How has the restoration process been for you?

NM: That was the most exciting thing to me. I have been dying [for the films to be restored] for a long time. And doing the restoration of Queen of Diamonds was such a gift. I felt it was a highlight of my life to be able to be so careful and have the money to go back and do it. The re-release was amazing. The film was kind of radical, and it seems like time caught up with it, and people really appreciate it now. It was really kind of wild when I first showed it. How many times have I heard, “Why is the casino scene so long?”

PD: I want to ask you about Brainwashed. It sounds like you’re pretty far into the process.

NM: Yes, we’re pretty far. I hope to have it done by June or pretty close to then. I’ve never done anything like it before. It contains over 100 film clips from 1896 to the present. It's mainly film clips and this lecture that I used to give my students that has sort of gained in currency after the whole #MeToo movement. After the whole Harvey Weinstein story leaked in 2017 I wrote an essay for Filmmaker Magazine saying that I see how the visual language of cinema ties into the issues of the #MeToo movement and the issue of employment discrimination against women, especially in the film industry. I wrote this essay and it went viral on Facebook, and I was like, “Really? People want to hear about this?” I’ve been talking about this forever but no one wanted to hear about it. That evolved into basically me being invited to a lot of places to give the talk, and then Tim Disney of Uncommon Productions told me he wanted to help make it into a feature film. So it kind of evolved like that. Then Abigail Disney, Tim’s sister, as well as Tim’s other sister, Susan Disney Lord, came on board to support the film. So it’s a completely different kind of film than I’ve ever made. But I hope it’s as radical as my other films. I think it’s gonna be really great. I’m very excited about it. 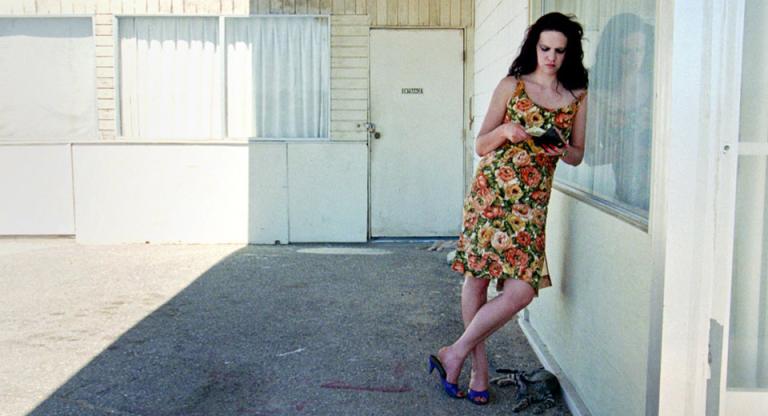