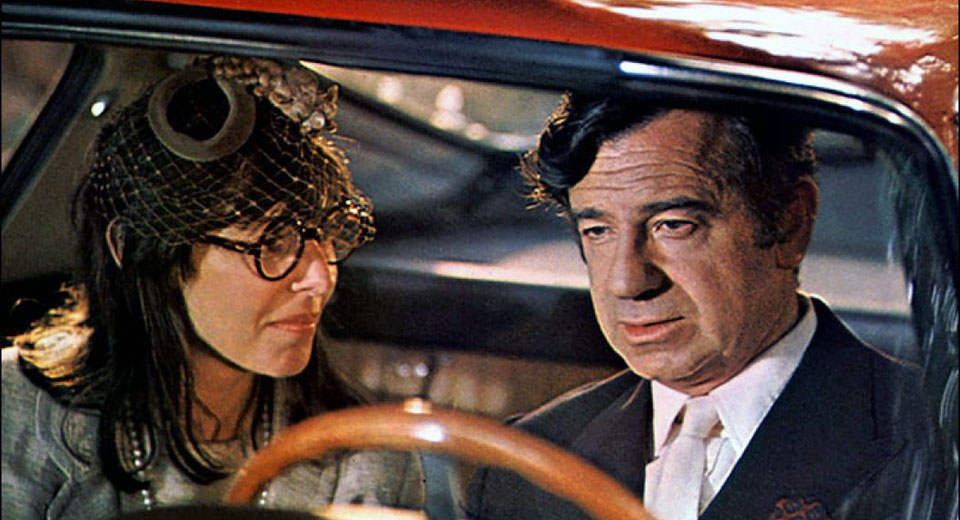 A New Leaf ’s original trailer has little to do with the film, opting instead for a riff on classic pairings throughout the ages. It humbly leaves off the pair that led to this film’s existence—legendary comedy duo Mike Nichols and Elaine May. They split at the peak of their popularity, and soon after, May wrote this, her first feature film. “I wanted to do the first comedy in which somebody got away with murder,” May said, and she would’ve gotten away with it too, if it weren’t for that meddling studio. Given the choice of no say in lead actress or director, or filling both roles herself, May chose the latter and shot a 180-minute cut that was promptly wrested from her by the studio. Despite suing Paramount and claiming their pruned Leaf would flop, May’s sardonic, shortened debut came out to critical and public acclaim.

Even as a young man Walter Matthau was old and cranky. He plays wealthy idler Henry Graham, whose affluent lifestyle comes to a screeching halt when he learns he’s run through his trust fund. Being poor is a disgrace worse than death in America (a truism May noted far before modern politics removed the farce), leaving Henry only two dignified options—marriage or suicide. His manservant encourages matrimony, despite petulant brat Henry protesting “I don’t want to share things! I want to own them, all by myself!” Privately reconciling he’ll murder the bride and settle back into his egocentric bubble, Henry sets off to court a wife.

He meets clumsy with Henrietta Lowell, a mousy, slapstick-awkward botany teacher and insanely wealthy heiress. Introduced literally tucked away in a corner, May plays her to perfection, equal parts infuriatingly helpless and endearingly earnest. It’s clear from the outset Henry won’t have to try hard to woo her, but he’s so narrowly focused on his own ideas, he’s as blind to this as he is to easier means of killing her.

Despite focusing on a self-absorbed jerk contemplating murder most of the runtime, A New Leaf is a genuinely sweet film, and the kindest out of Anthology’s always-excellent Valentine’s Day Massacre lineup (featuring two of May’s hapless pairings this year). Maybe that’s due to the studio interference—May’s cut included an excised subplot casting marriage as a life sentence—but the film’s ending and Henry’s slow growth remained unchanged from May’s vision. At one point after getting soaked to the bone, Henry asks Henrietta “Still cold?” Henrietta says, “I feel a little warmer,” a perfect summation of A New Leaf’s effect.