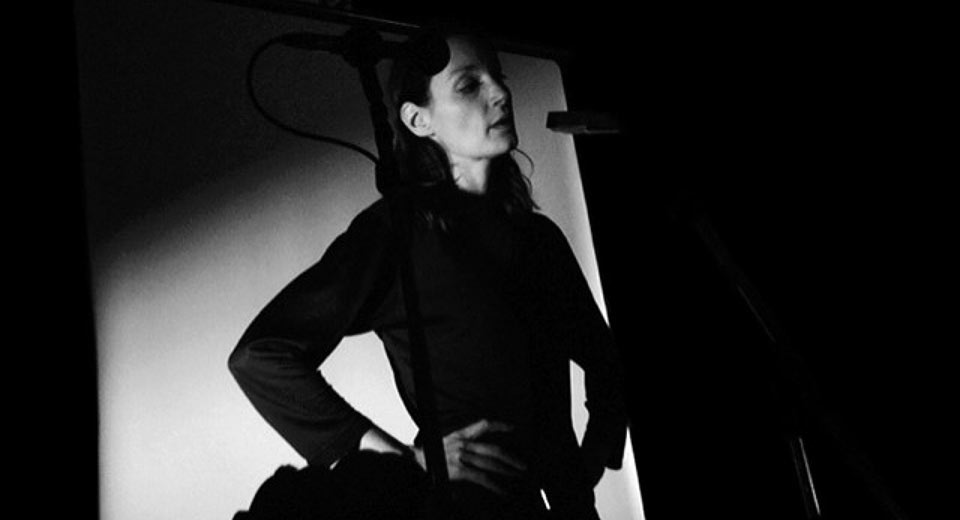 “Et rien tout ou rien je ne regrette rien / rien ça fait rien.” The voice belongs to Jeanne Balibar, the French chanteuse, whose face and voice are the subjects of Pedro Costa‘s 2009 Ne Change Rien. From the first frame, the camera isolates the singer in the dim, smoke-filled environment of the recording studio where she is hard at work completing her second album Slalom Dame. The process is laborious, with each take requiring yet another change in tempo or a new lyric to be written out on a scrap piece of paper. As her voice strains into the microphone, the music, like the camera, becomes lost in the murky shadows of the room. Here there is no time frame, no temporal markers dividing one day from the next. The only sign of a discernible progression forward is the shifting form of the songs as they develop into fuller versions of themselves.

As a portrait of a musician – who is also a popular French actress and recent filmmaker – Costa’s film is set decidedly against depicting any kind of a glamorous or bohemian life. We see Balibar, along with her band, and the vocal coach and cast with which she is also rehearsing her part in an opera, doing one thing only: working. The camera allows this work to unfold, collecting its frustrations as evidence of the physical, human cost of any act of creation. Faces, rooms, and the intimate landscape of the stage repeat again and again, but from these repetitions are constructed an infinite number of possible meanings. In capturing these bare elements of a working life, Costa has created a film of immense depth and mystery which stretches far beyond the tag of ‘documentary’.