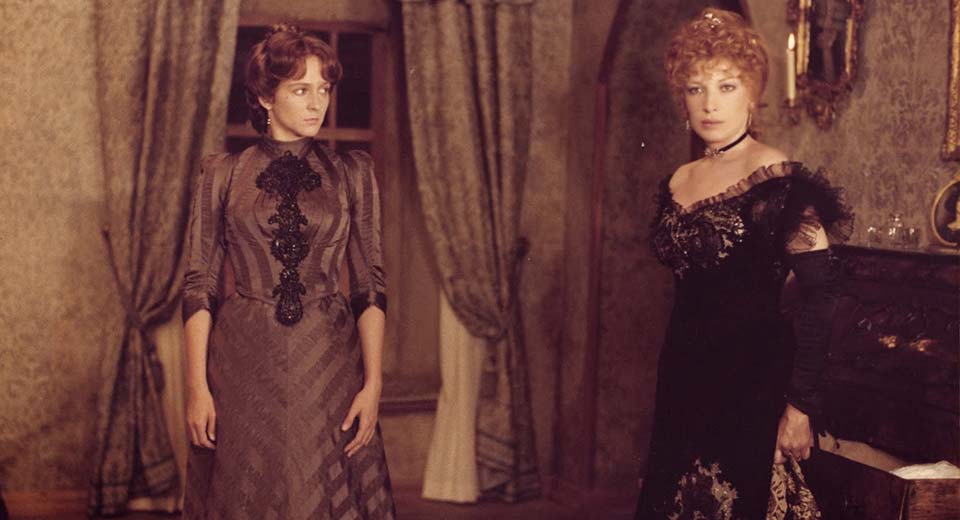 In Michelangelo Antonioni’s 1981 film The Mystery of Oberwald, Monica Vitti plays a reclusive queen whose death drive is in full gear. While enjoying some target practice in the castle’s library she declares, pistol in hand, “I like hunting less and less but I like shooting.” In a way this appears to be Antonioni’s attitude toward the film. The narrative pretense of the proceedings is handled well enough—the camera follows the brooding action with precision as people lean against walls and the twists and turns of the chamber piece are sufficiently engaging to keep the viewer, at the very least, interested in how it will all turn out. The most exciting moments however, come from somewhere else – the invasion of colors that swell into the image and then disappear, the starkly mundane realism of the castle and its environs, and a visual fixation on the ever-present violence of death. In these moments Antonioni’s filmmaking, his radical streak and his interest in the emotive potential of non-diegetic cinematic effects, comes alive.

The Mystery of Oberwald is based on Jean Cocteau’s 1946 play The Eagle With Two Heads(which Cocteau also directed for the screen), and tells the story of a young rebel poet (Franco Branciaroli) intent on killing the queen. While on the run from the authorities he takes refuge in the castle Oberwald where the queen is making an unexpected visit. The queen, still in a state of mourning after the murder of her husband, the king, encounters the young rebel and discovers he bears an almost identical resemblance to the king. She decides to protect the young man and the two forge a strange bond.

Death is the film’s central focus, returning again and again like a wave to shore, sometimes gently , sometimes violently. One of the more gentle instances comes after the queen extinguishes the candles in her room, moving from the darkness to sit in a chair illuminated by a shaft of moonlight shining through an open window. She places her head in her hand and the light transforms from white to a cool blue. Slowly she begins to disappear until she is gone and the chair is empty. Curious moments like these are the true “mysteries” of the film—visual poetry with obscure meaning but filled with feeling.