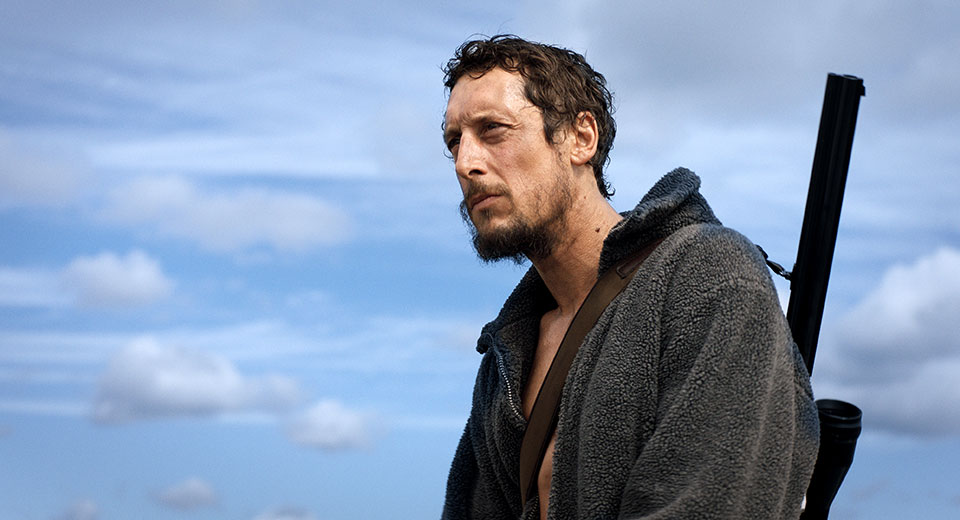 For today's news-averse, Armin (Hans Löw) is the ideal TV cameraman. In My Room opens with his shaky handheld footage, craning to capture politicians' speeches about a German election. An inadvertent blessing: Armin turns the camera off when he intends to switch it on and, as a result, all the viewer glimpses is a frantic fumbling that excises the "important action." Director Ulrich Köhler, with this brief sequence, explains his film's remaining structure. In My Room is interested in elision, in the careful extraction of plot to make room for his fractured characters drifting through the uncanny landscape.

Köhler's camera, contrary to the opening shots, is calm and impassive, with a flat brightness. Armin's bosses scold him, of course, and the film tracks him as he bobs between failures—money troubles, aborted hookups, familial tension—like a neutered castoff from a slacker comedy. Still dutiful, he returns to his suburban home to sit vigil at his ailing grandmother's (Ruth Bickelhaupt) bedside. When she passes, the world ends. Or rather: Armin searches for his divorced mother and, seeing her busy with the similarly supernal matter of choir practice, swills beers under an overpass. Upon waking he can find no other humans on earth but himself.

Köhler skirts the expected explanations. At first, the world is Armin's video game. He torches his family home and zips around in a police car. But in a moment of sudden grace, he cruises into a blackened tunnel and, hearing whinnies, releases trapped horses from a mangled transport truck; the echo of hooves in the dark conjures a moment of transcendence in the scoreless soundscape. Then Köhler cuts, and Armin is transformed, thriving in a light-filled house among livestock and rows of tended vegetables. These surprising images, as if a Kinfolk spread, feel too idyllic, almost aspirational. But as a new presence disrupts Armin's calm, Köhler again shifts his attention to more vital questions: What happens when humanity ends after capitalism? Who is Armin when his surrounding culture vanishes? Who is anyone? In My Room's best scenes are those in which our world is made eerily, terribly present.