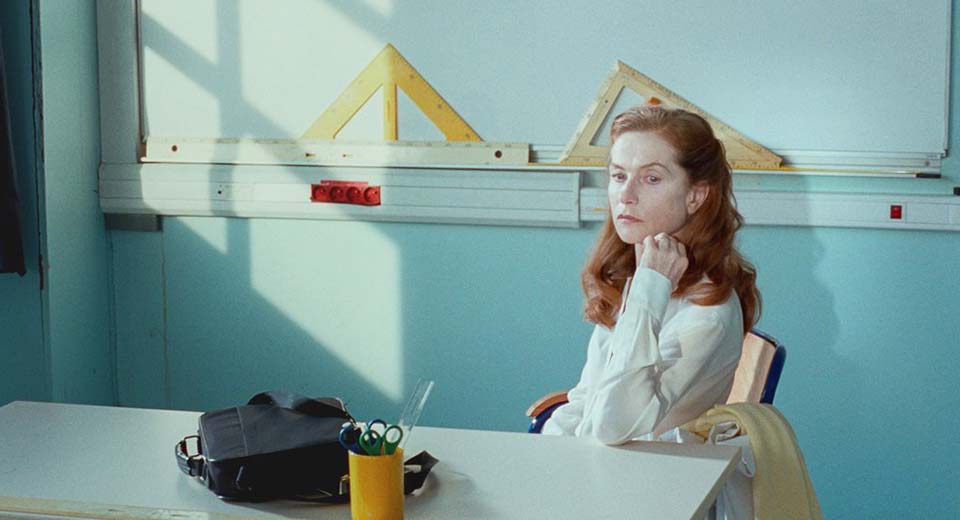 Serge Bozon says his most recent movie, Mrs. Hyde, is a comedy, which he admits is a departure for directors of his ilk. "What I don't like about French cinema is the distinction between art cinema and commercial cinema. In art cinema you have to have these very long shots, and confront serious issues where everyone is very sad all the time. And commercial cinema has to be all stupid comedies," he told Jordan Cronk of Film Comment. Just how funny Axelle Ropert's screenplay is is in the belly of the beholder, but what she has done very skillfully, and in doing so defied this segregation of sensibilities, is given an essentially social realist narrative a subtle sci-fi twist that removes it from the province of "issue movies" and places it in less thoroughly charted waters. The story of well-intentioned white teachers figuring out how to handle their ethnic minority students in inner-city schools is at least as old as The Blackboard Jungle (1955), but when mashed up with a nineteenth-century horror story and given the eerily deliberate pacing of an Apichatpong Weerasethakul film, it feels almost groundbreaking, as if it’s being done for the first time.

Madame Géquil (Isabelle Huppert) teaches science at the Lycée Arthur Rimbaud in Garges-lès-Gonesse, where the largely maghrébin student body couldn’t care less about valence electrons. They compare their banlieu to the Third Reich, their school to the Third World. They crack jokes about jihadists, Hitler, and the Holocaust, trolling Géquil and her emotionally unstable teaching assistant to the point of tears. Her stay-at-home husband (José Garcia) is too busy cultivating himself as a pianist and cook to notice her professional frustrations until one day a lightning bolt zaps her shipping-container lab, transforming her into a passionate pedagogue and assertive lover. (The other side effect is that at night she roams her suburb as la femme de feu, a Human Torch/Electro-like specter who reduces everything she touches to cinders.)

The symbolism is heavy-handed, like when Géquil’s lecture on environment vs. genetics underlines the incongruousness of millions of Africans plopped into France by centuries of colonialism, or when the principal compares his school to a Faraday Cage that protects its students from the ambient electromagnetism of crime and drugs. There’s prominent doubling: crippled teenager Malik’s favorite superhero is Spider Man, the patron saint of high school misfits with unrealistic aspirations, and of course Géquil’s flaming alter ego is a manifestation of her frustrated ambitions. Still, Mrs. Hyde is ultimately more about education than about sinister superpowers. Bozon has said that movies about school should portray teaching; accordingly, the best part of Mrs. Hyde is Géquil lecturing to Malik about Euler, Gauss, and Frege’s contributions to computer science and leading him step by step through a geometry problem.