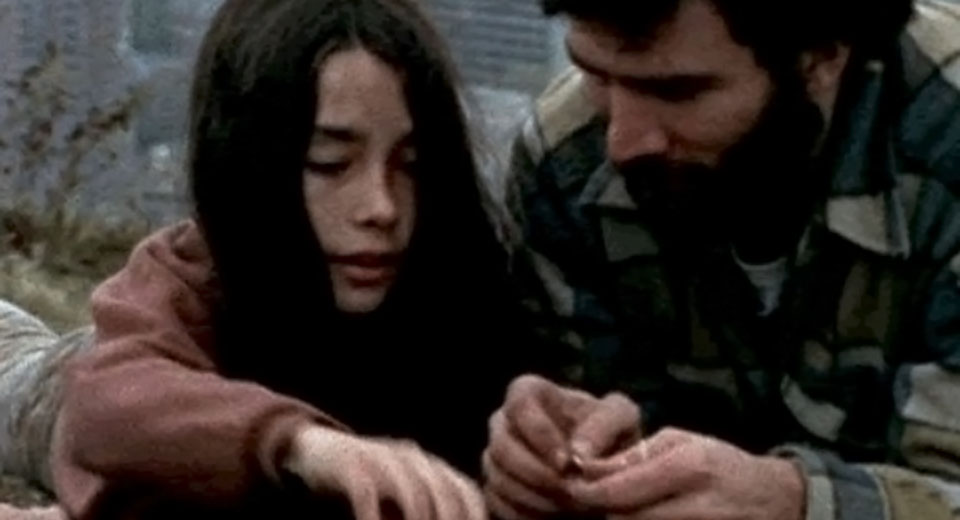 As an auxiliary to its survey of Canadian tax shelter pictures, Anthology Film Archives is presenting a quartet of oft-neglected '70s Canadian independents over the weekend. Made not only without the benefit of the Capital Cost Allowance, these films did not enjoy the critical infrastructure that allowed American independent film to quietly flourish. It's partly for this reason critic Michel Euvrard calls Montreal Main a “shooting star,” remarkable and abrupt.

Cobbling together $20,000 (mostly sourced from a Canada Council grant) Allan Moyle, Frank Vitale, Stephen Lack, and friends embarked on a candid investigation of male friendship and sexuality, playing characters with their own names intact and undoubtedly working out their own complexes on screen. The film quickly establishes Moyle and Vitale as best buds, straight among a mostly gay bohemian friend group. After a disastrous attempt at a sexual encounter with each other, the two head to a party where Moyle courts Jackie Holden and Vitale sparks a friendship with 12-year-old Johnny (John Sutherland). The next day, Frank and Johnny hang out in the woods, constructing a house out of matches and setting it aflame. As their relationship develops, the two inspire jealousy in Allan and outrage in Johnny's parents. Frank's intentions remain unclear, if he's vampiric, genuine, or predatory.

Moyle, Vitale and Lack would reunite two years later for the similarly free-wheeling The Rubber Gun, also included in the Anthology series. Much later, Moyle would direct Gen-X favs Pump Up the Volume and Empire Records. Lack experienced success as a painter, and can be seen as a lead in Cronenberg's Scanners and Jon Jost's All the Vermeers in New York. Vitale made another feature with Moyle called East End Hustlers, before doing mostly commercial work, directing segments of Shining Time Station, and teaching at SVA.

Montreal Main has somehow been lost to the annals, which is unfortunate. It's complicated and warm, filled with contradictory, improvisatory performances. It's a portrait of people who are, to quote the film, “hip on the outside, scared and nervous about things on the inside.” Frank Vitale and Stephen Lack will appear at both screenings.