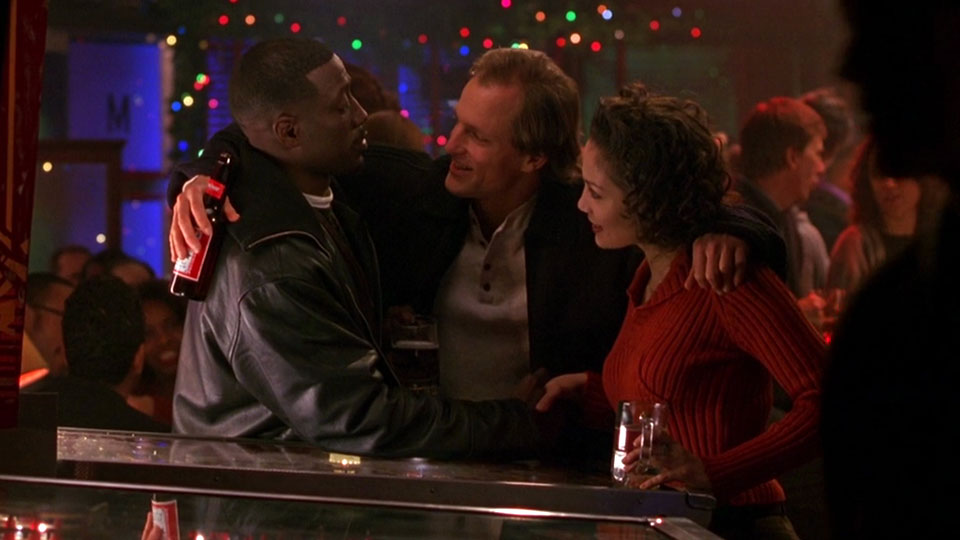 “Subway Fire Attack Prompts Uproar Over Action Movie” read a front-page New York Times headline on November 28, 1995, a mere six days after the Thanksgiving release of the NYC-set, holiday season buddy movie Money Train. An attempt to recapture the star chemistry of 1992’s White Men Can’t Jump, Money Train barely earned even half of its lofty $68 million price tag amidst critical backlash and political boycotts over the film’s supposed glorification of violence. But looking at it two-and-a-half decades later, the violence is a minor player in a film that defies classification.

Directed by genre cinema workhorse and Westchester County native Joseph Ruben, (responsible for a slew of solid genre entries including Dreamscape, The Stepfather and Sleeping with the Enemy), Money Train is perhaps unsurprisingly a smorgasbord of conventions in search of a cohesive narrative. At face value, it’s a buddy movie, pairing Wesley Snipes and Woody Harrelson as transit cops who also happen to be foster brothers. But beyond the requisite buddy banter (much of which predictably focuses on their racial dynamic), Money Train attempts to be a much more serious film that manages to involve mafia shakedowns, a love triangle between the two leads and Jennifer Lopez, a Taking of Pelham One Two Three-esque dive into the inner workings of the MTA and, yes, a seemingly tacked on subplot involving Chris Cooper as a serial arsonist.

For all of its attention, there are only two brief scenes involving the subway arsonist, affectionately named Torch, and they add an exploitative element to the film that it would otherwise be sorely missing. That it arguably incited real life violence is hard to swallow, but also puts it in company with other NYC films that lead to boycotts over their supposed influence on the masses, namely Walter Hill’s The Warriors. But, in a year when films like Strange Days (which also takes place on New Years Eve) and The Basketball Diaries were released, it’s hard to be phased by the minimal carnage on screen in a film like Money Train — which feels far more concerned with giving its two leads something else to argue over than being outwardly nefarious.

Money Train is rarely mentioned in the pantheon of buddy films, holiday movies, or even NYC cinema — but it’s solid as all of those things, despite (a few) shortcomings. Based on a screenplay by Die Hard 2 writer Doug Richardson and Passenger 57 writer David Loughery, it’s almost a miracle that Money Train isn’t actually Money Plane (we needed to wait twenty five years for that pleasure), but it’s also clear that these guys know how to write an action scene, and the climax, involving the titular “money train” is taut, fun and as unrealistic as these things can be. It also manages to capture the holiday season in the city, including how much of a shit show New Years Eve is in Times Square, beginning in Christmas season and ending just before the ball drops. It’s far from a perfect movie, but it has an appreciation for NYC history (the money train was a real thing, don’t forget), enough plot beats for a season of TV, and at the very least, features Robert Blake in a villain turn where he threatens Woody and Wesley by saying “I’ll fuck you dead” — which, no, we never get to witness.