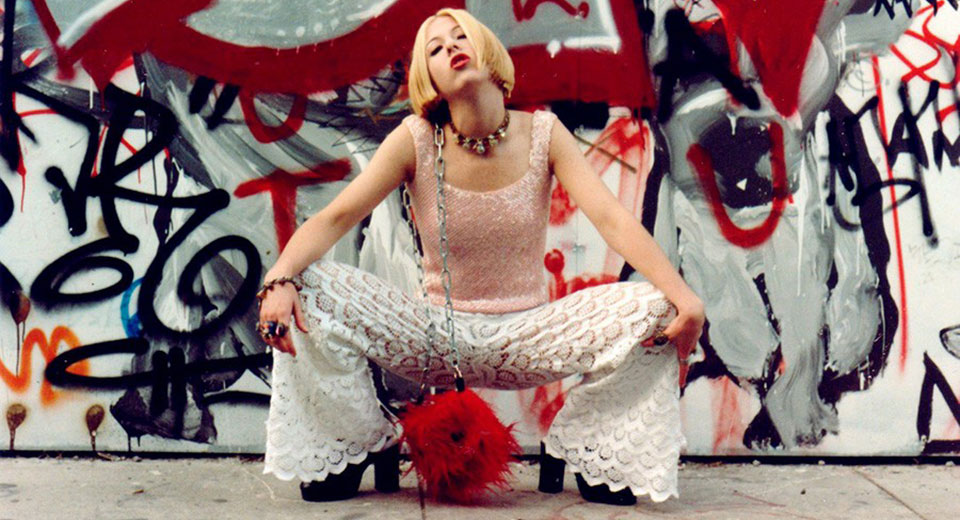 "Movie criticism (like lists of "The 10 Best Bad Movies I Have Seen") is probably the greatest popularizer of Camp taste today, because most people still go to the movies in a high-spirited and unpretentious way,” Susan Sontag wrote in 1964. Sontag announced camp as an aesthetic preference built on calculated exaggeration and artifice. While it’s true that Jon Moritsugu’s Mod Fuck Explosion (1992) has plenty of both, the film is consistently sincere in its portrayal of teenage angst. Its depiction of the Hell that is being a flesh-sack of teen hormones is bittersweet in a nostalgic way, perverted with what can only be described as a fondness for the comforts of the fucked-up world the film presents. Yes, our leading lady London (Amy Davis) wants to get out of her drugged-up Mother’s apartment so that Mother won’t flirt with her or her brother, X-Ray. Yes, Mother fondly coos over X-Ray as a “virtual geyser” when remembering his first wet dream. Yes, London wishes there might be a world she could access outside of the walls of her overgrown bedroom. But there is an acceptance by everyone on-screen of what their world consists of, its rules and its normalities, that is played with a naturalness that excludes Mod Fuck Explosion from being camp after all; as Sontag reminds us, “the essential element is seriousness, a seriousness that fails.” Moritsugu does anything but fail.

Shot on 16mm by Todd Verow in San Francisco, the film is made of several overlapping plotlines involving high schoolers with names like Shame, Columbine, and Satellite. It takes the simple narrative of a teenage gang rivalry between the white Mods and the Asian bikers, and goes beyond the action “thrill” of the chase such as in The Warriors. Instead, Moritsugu plugs us into the private lives of select characters’ pithy individuality, giving us a scope of the film’s sub-worlds rather than pigeonholing a single chain of events, a decision not often seen in low-budget films that hardly clock in at an hour.

Although the film is theatrical, the characters of Mod Fuck Explosion inhabit a theater of secular sincerity, in which we are privy to their problems like we're a voice in their heads, where there is no room to question how or why. It’s Being John Malkovich without being inside an intellectual’s skull; it’s being observational as a pastiche observer of a nearly unifying collective memory: being a teenager, living at home, victimized by peer groups, and having no money. Teen hate, envy, fears, and desires adhere to a (ab)normalcy in which the characters speak plainly and openly to one another, like the monologues of (revenge) fantasies or dreams.

“This beyond-bad exercise in underground filmmaking is designed to offend, but there’s just enough consistency to its demented world view and no-tech acting to raise a few cynical chuckles, and maybe even the (distant) specter of talent,” wrote Ken Eisner in his 1994 Variety review. “Jon Moritsugu ... doesn’t care about normal aesthetics.” If only more movies were made like Mod Fuck Explosion, a film that defies conventional standards to successfully deliver an escape into a world that reclaims its message from the medium — that is, reclaims its story told on film from the constricting mold of mainstream expectations of industry.