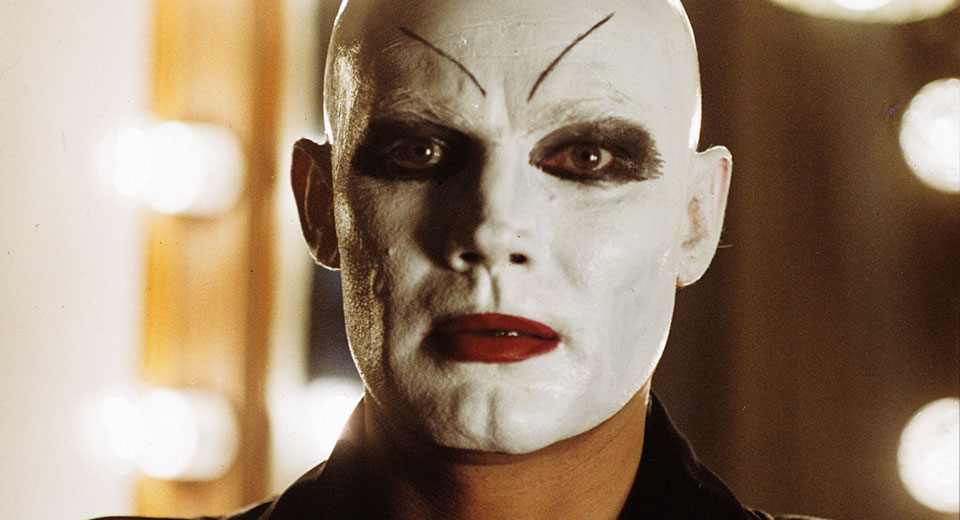 It's sad that in a cautionary tale about a man gradually adjusting his principles to survive and eventually flourish within a fascist society, that character would also become more tolerable as a human being. At the beginning of István Szabó's Mephisto (1981), "provincial matinee idol" Hendrik Hoefgen (Klaus Maria Brandauer) has manic dreams of being a revolutionary theater director and leaving his little town blues behind (in Hamburg). His thespian energy is so incredibly extra that it's hard to imagine how his colleague Otto Ulrichs (Péter Andorai) and mistress Juliette Martens (Karin Boyd) put up with him for more than two minutes. But when his performance on a Berlin stage is noticed by a rising Nazi official and his career is kickstarted with help from the party apparatus, his mercurial personality starts to give way to a more measured one, as he has to carefully toe the line between his commitment to his friends and his public support for the regime.

Based on Klaus Mann's novel, which in turn is a paper-thin fictionalization of the life of stage-and-screen star Gustaf Gründgens, Mephisto treads a morally ambiguous terrain where Nazism isn't the clear-cut bogeyman of Hollywood lore. Part of a counter tradition that stretches from Konrad Wolf's Lissy (1957) to R.W. Fassbinder's Berlin Alexanderplatz (1980), it shows us people getting seduced by Nazism not because they're already raving anti-Semites or ultra-nationalists, but because the movement was so skilled at making itself appealing in ways that seemed non-ideological. In Mephisto, high-ranking party members are simply "important men" with connections, and forming relationships with them is a matter of career-building. Szabó is asking point blank: what would you do in Hendrik's position?

In a scene of chilling banality, Hendrik hears about the Nazis winning the majority in the national elections and instantly starts trying convince his wife Barbara (Krystyna Janda) that the regime change won't have any effect on cultural life in Germany. She realizes what a big deal it is and starts planning her move abroad, but Hendrik pooh-poohs her: "There are still opposition parties, no? They'll make sure he doesn't get too big for his boots." Of course Hendrik's analysis would turn out to be tragically mistaken, but because he lacks the benefit of historical hindsight we feel we can't fully blame him. This is the film's true horror: making a liberal society's cross-dissolve into fascism seem perfectly reasonable, utterly unremarkable, and almost inevitable.