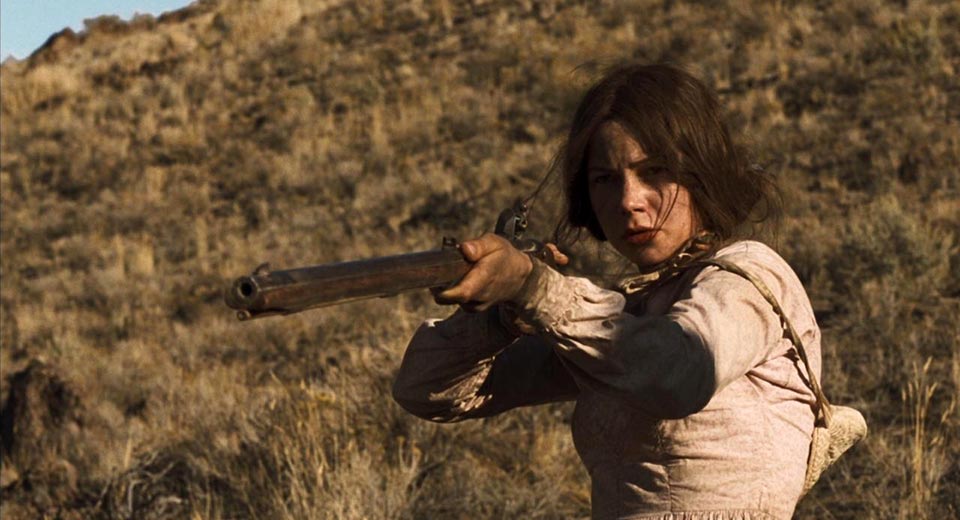 In Kelly Reichardt’s feminist Western Meek's Cutoff , Stephen Meek (Bruce Greenwood) is the man’s man who’s been hired to lead three families through the rugged Oregon desert in 1845. His shortcut leads them astray with no source of water, and they begin to suffer the pains of an impending doom. An Indian crosses their path and they take him prisoner, hoping that he might be better equipped to lead them to water than their guide. Meek may be a con man or he may have been hired by the British to thwart Americans’ colonization Westward. Or, most chillingly for fans of the Western hero, he may be an incompetent failure.

The dread and loathing of women who are firmly in the hands of men become the film’s radical focal point. Women, pausing only to do the washing up and take care of all the children, march towards their likely deaths through a great, open expanse signifying ultimate freedom. Taking for granted that Westerns have functioned consistently and predictably to reiterate or repudiate our collective mythologies about American values, masculinity and race, Reichardt’s contribution represents a significant upheaval.