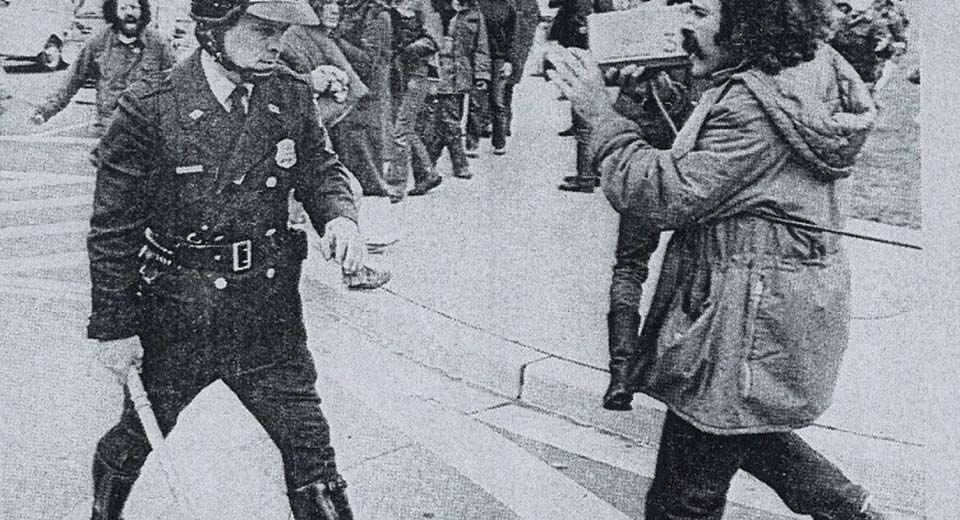 Tonight Spectacle presents Mayday 1971 Raw, a compilation documentary on the 1971 May Day demonstrations in Washington D.C., featuring footage by members of Mayday Video and edited by Videofreex mainstay Skip Blumberg. The protests remain a confounding chapter in American history. Organized in part by Chicago Eight member turned spiritual venture capitalist Rennie Davis and bolstered by the support of the Yippies, the demonstration inspired a massive youth culture turn-out and lead to the largest mass arrest in US history—a startling 12,000 over the course of one week. Davis introduces the footage, noting that to him it was “most impactful demonstration of the anti-war movement,” adding that it’s all but “disappeared from history.”

A demonstration of Mayday 1971’s magnitude (more than 35,000) and audacity (coordinated civil disobedience) was bound to have inner tensions and ambivalences, which is why Mayday Video’s documentation is so crucial. These are video dispatches straight from the horse’s mouth. The proceedings were on one hand a mélange of hippie sentimentality, Yippie antics, Hare Krishna, and plenty of Beatles sing-a-longs; but also had a serious progressive program of civil rights struggle, efforts to free Ericka Huggins, gay and lesbian teach-ins, and substantial and prolonged reflections on class dynamics—far more of a mixed bag than could be offered on television news. Among the memorable scenes: a spirited interview with Dr. Benjamin Spock and a jailhouse frisbee game captured by Videofreex member Davidson Gigliotti.

This screening will be accompanied by appearances from Skip Blumberg and Mayday Video members Eddie Becker and Joan Yoshiwara.