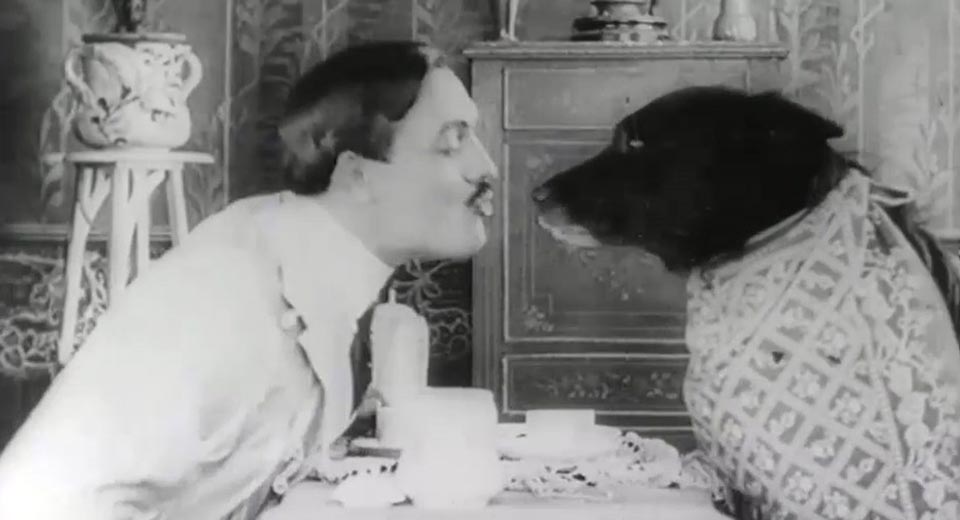 Early-cinema icon Max Linder may have earned his place in the canon for the large influence he played on a whole generation of silent clowns – Charlie Chaplin would call Linder his "professor" – but catching any of these silent gems on the big or small screens in the 21st century remains a difficult task. The Museum of Modern Art's Silent Comedy International series, which provides a look at the two-way influence of American and European silent screen comedy and features live piano accompaniment as well as a number of prints, is an indispensable correction to this issue.

The first movie star with a million dollar contract, and also one of the industry's first suicides, Linder's life was tumultuous. In 1904 he was rejected by the Paris conservatory, in 1909 he became the screen's first real international star, and by 1916 war time trauma and a lackluster Hollywood career left him with chronic depression ending in a marital suicide pact. Screening in two parts, MoMA's selection of Linder films range from primitively self-explanatory nickelodeon era works, The Torn Trousers and Max Learns to Skate, which lean on the simple adjustments of a titular gag combined with an excess of pratfalls; to the gloriously madcap American films of the late 1910's, Max In A Taxi and Max Wants a Divorce, which can sputter from one outlandish situation to another like the best of them.

Linder's typical milieu were the apartments of the parisian upper class, only fitting for the arrogant bourgeois dandy he would often play, and Linder's typical plot often involved a hare-brained scheme to find a woman, keep a woman, or get rid of a woman. While perhaps less inspiring than the working class antics of Chaplin's tramp, these upper-class comedies prove to be the perfect means of demonstrating Linder's masterful facial reactions. Less a master of bodily grace than many of the performers he would influence, Linder relied on the potentials of his trademark bug-eyed stare that could drive home everything from sheer panic to naif-like incredulity. While searching for a woman to have an affair with in Max Wants a Divorce, Linder's bulging stare can move from intense erotic longing to a defensive innocence in barely a blink.