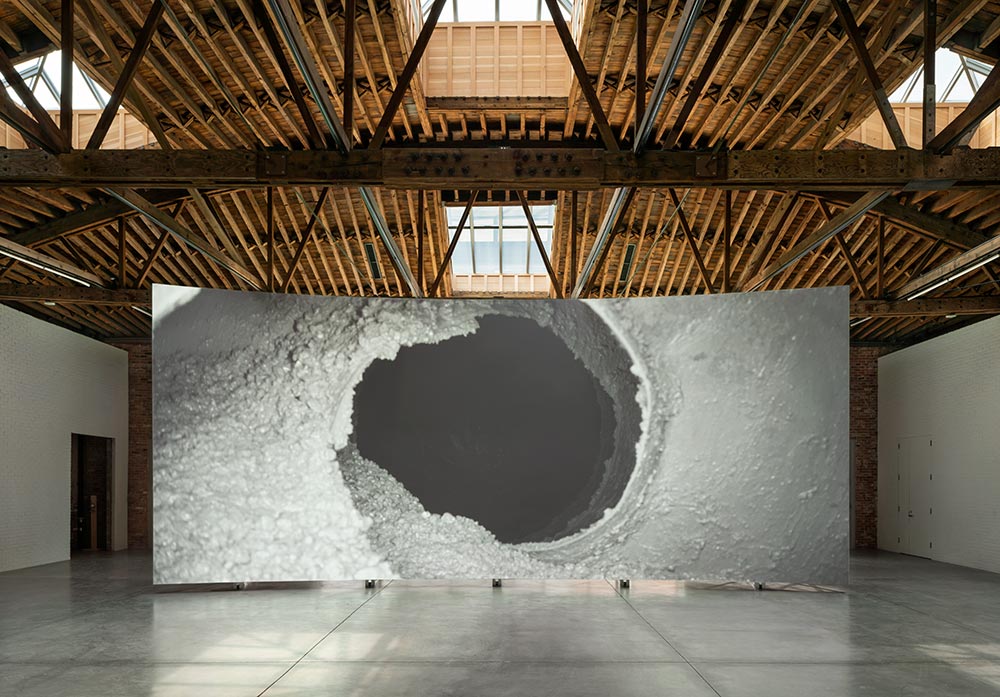 To encounter Lucy Raven’s Ready Mix (2021), a visitor must walk along the polished concrete floors of Dia Chelsea’s newly renovated and sprawling building, and pass through the center gallery where the artist’s light sculptures dictate the space’s visibility. Part of her Casters series, the two pairs of rigged Klieg lights are programmed to rove along the surfaces of the gallery, sinister and illuminating all at once. The lights belong to the language of Hollywood, where they once shone outside of movie theaters to promote premieres, and are still used on film sets to simulate daylight. They were originally manufactured as military searchlights. Raven’s configuration engages these dual histories; her lights stalk the room, appearing to search for a body they might catch in their beams, if only for a moment.

Among the Casters, I heard Ready Mix before I saw it. One of the unintended virtues of encountering a film in a gallery setting is the sound that first guides a visitor in, an incomplete preview of images to come. The cacophony of gravel snapping as it sifts through vibrating grates, of sand pouring from the beds of front loaded trucks, and the mix of sediments hopping along conveyor belts—among other sonically sharp mechanical processes that result in the creation of concrete—make way for their visual equivalents, of the rich black-and-white vignettes that capture land becoming industry. In Raven’s care, the activity at a concrete plant is an insightful and meditative subject. While she occasionally hones in on various moments of the process with shots that edge on abstraction, she never completely loses sight of the vast, once-untouched landscape that now provides resources for the development of private property.

Raven filmed an impressive range of perspectives in the two years she spent visiting concrete plants in Idaho, producing small narratives in both the aerial drone shots of the excavated land and the impossibly close-up movement captured inside the active machinery. In one instance, an avalanche of rocks dumps onto a conveyor with such thunderous speed that the camera’s frame rate can’t quite handle the motion. The resulting image tricks the solid minerals into appearing liquid, nearly static in the stream of silvery light. This scene is a welcome contrast to the slower-paced focus on concrete blocks as they are carefully rigged and eventually situated in a neatly arranged wall. Raven orders each distinct image in lyrical unison that, seen on the sprawling, concave screen, affords a seamless loop. Like the revolving centrifuge of a concrete mixer, Ready Mix finds a smooth and continuous motion, situated under the gallery’s wooden beams.

This film is formally but not thematically unique to Raven’s body of work, comprising films made from photographic animations concerning western topographies and resources. She is critical of the Western as a genre, which has capitalized on the region’s presumed “unsettled” potential, and each of her films work to restructure the stereotypical perception of the landscape. Ready Mix meditates on this initiative, bringing its viewers closer to the land. 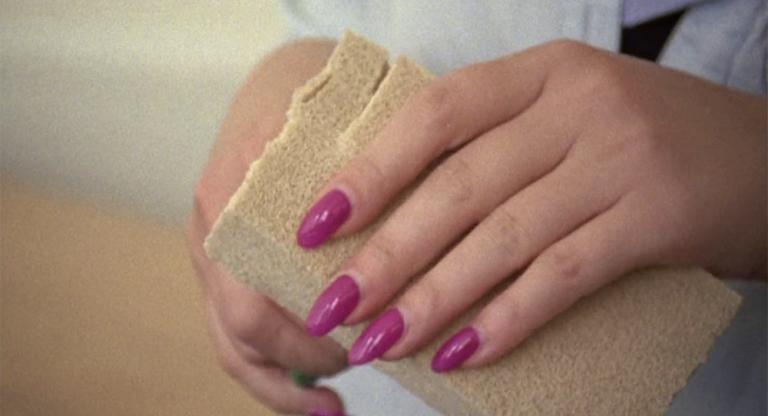 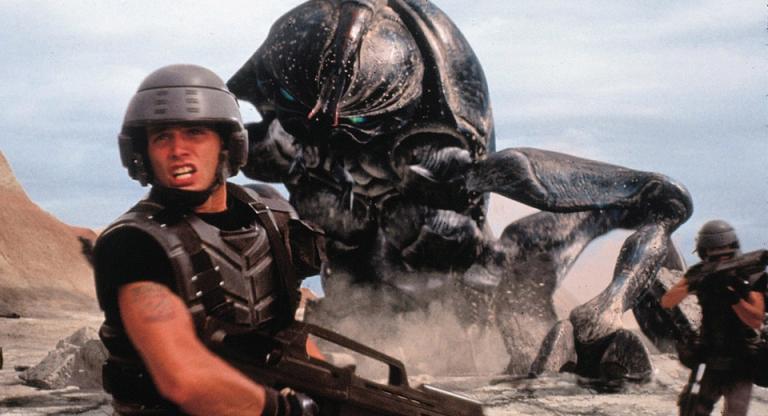 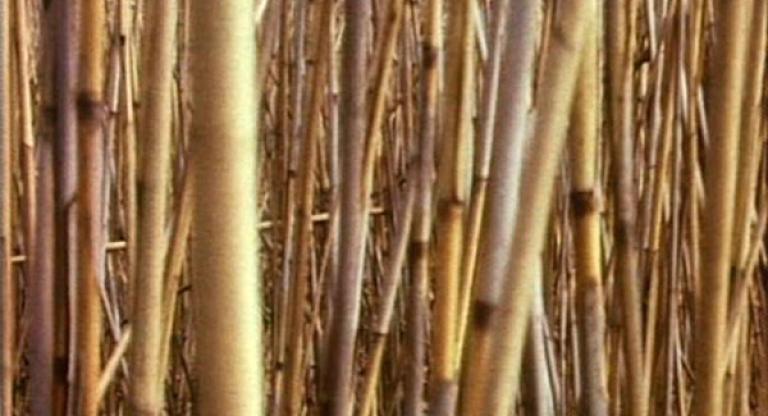