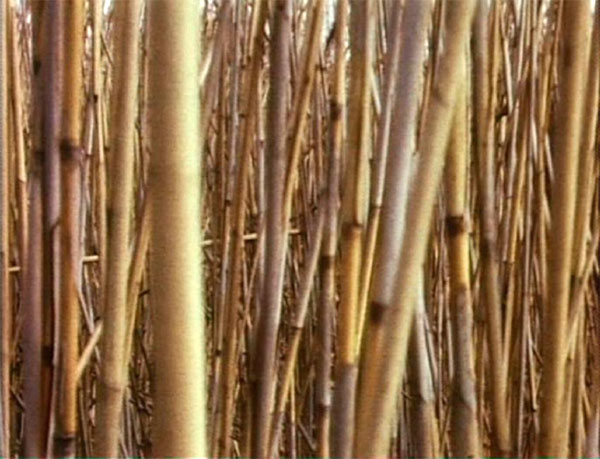 Nancy Holt and Robert Smithson both grew up in northern New Jersey, not far from the Meadowlands where they filmed Swamp (1971). The film is available to stream for 24 hours starting 2:00 pm EST today on Vimeo and IGTV, courtesy of the Holt/Smithson Foundation’s Friday Film series. Though the artists are best known for their monumental earthworks made out west like Smithson’s Spiral Jetty (1970) and Holt’s Sun Tunnels (1973-76), the two worked out many of their ideas in the Garden State.

In the late 60s they took frequent trips from Manhattan to quarries, mines, ruins, and beaches in New Jersey, often with friends, a who’s who of the era’s art world: Allan Kaprow, Joan Jonas, Claes Oldenburg, Dan Graham, Carl Andre, Donald Judd, and Virginia Dwan. One of these trips centered around Holt’s first tour piece, Stone Ruin Tour I (1967), and among her first visual artworks were photographs taken in New Jersey, like Concrete Visions (1967). Smithson’s first four nonsites were made from locales like the Pine Barrens, a disused mine in Franklin, and a dump in Bayonne. New Jersey provided the artists with the raw material they wanted to work with: the natural world. In the Meadowlands the artists found a wetlands ecosystem just three miles outside of the city, the defiant remains of land filled in for development and used as a toxic dump.

In an unpublished piece from 1971, the year Swamp was made, Smithson called for the “utilization of such devastated places…in terms of ‘earth art.’” Later in the year he wrote in Annette Michelson’s special film issue of Artforum, “any film wraps us in uncertainty. The longer we look through a camera or watch a projected image the remoter the world becomes.” That same year, Holt was working on the first of her Locator series — metal pipes mounted at eye level that one looks through like a telescope, or a camera lens. These sculptures control the observer’s view, framing their perception.

The six-minute Swamp is an experiment in the artists’ preoccupations at the time. In the film Holt views the swamp only through the lens of her Bolex, focusing and limiting her view — and the view of her audience — as in her Locators. Smithson guides her on the audio track. The handheld camerawork is shaky, the dense reeds brush by and into the camera. The two celebrated land artists fumble their way through the landscape, with the result a funny and intimate investigation into perception.

Over a decade later, Holt returned to the Meadowlands for her incomplete work Sky Mound (1984), an attempt at the “utilization of devastated places” in the mode Smithson proposed. She described the project as “an artwork that reclaimed a fifty-seven-acre, 100-foot-hight landfill in New Jersey’s Meadowlands, while functioning both as a naked-eye observatory and a methane-recovery system for the methane gas generated by the decomposition of the organic matter in the landfill.” The planned “landfill artwork project” was to be a reclamation of the area for use by the public; Holt planned star gazing mounds and viewing areas aligned for the solstice and equinox sunrises and sunsets. The project was thwarted by state officials, and the Meadowlands remain a wasteland.