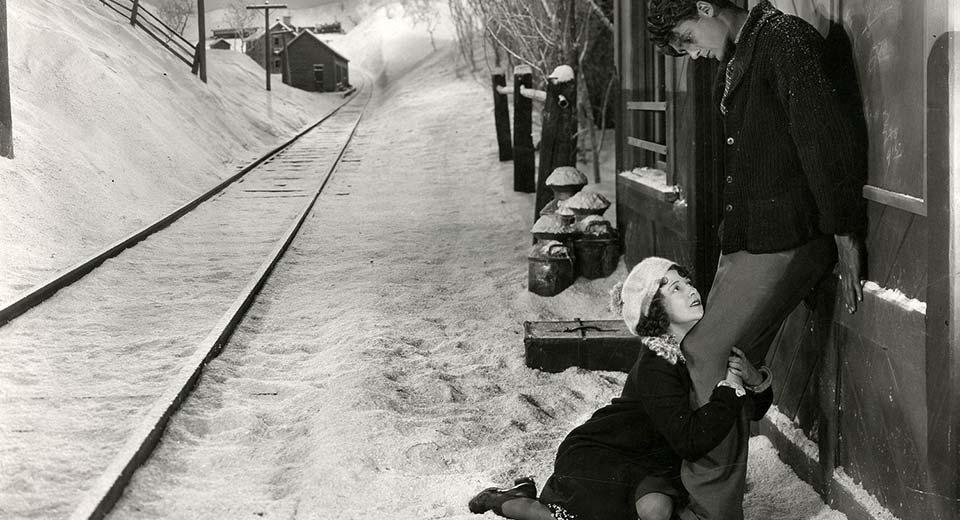 Film Forum rings in the new year with a one-off 35mm screening of Frank Borzage’s Lucky Star (1929) at 5:40 pm with live piano accompaniment by Steve Sterner. The film reteams Charles Farrell and Janet Gaynor, the latter who had just won the first-ever best actress Oscar for her roles in Sunrise, Street Angel, and 7th Heaven. Farrell plays an electric lineman who’s sent to the trenches of the Western Front in World War I and returns home in a wheelchair. In expected Hollywood fashion, Farrell’s disability seems to instill a newfound humility while also granting him something akin to minor superpowers. He romances Gaynor with his acrobatic wheelies, but their relationship is challenged by Farrell’s crass former colleague and wartime sergeant, whom the girl’s family insists she marry despite his smug, abusive manner.

Lucky Star came smack in the middle of Borzage’s 100-odd film run, and, like many of them, it was believed lost for a number of decades. That changed in 1990, when a nitrate print discovered at the Nederlands Filmmuseum in Amsterdam became the basis of a restoration project. There isn’t much revelatory with regard to Borzage/Farrell/Gaynor’s other silent melodramas (although Lucky Star was also released in a still-lost sound version), but that isn’t necessarily a bad thing — shooting on sound stages, Borzage constructs a consummately realized poetic American hamlet full of rundown farmhouses and bustling town squares. It’s an ideal silent romance, and a solid foundation for a new year in cinema going.