The Lovers on the Bridge 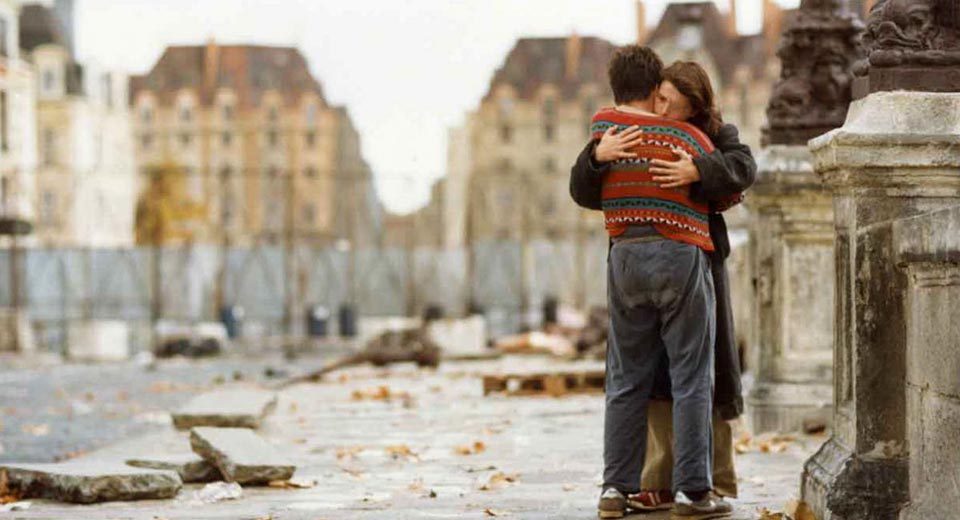 The mythic production history of Leos Carax's Lovers on the Bridge cleaves to the film like a cautionary epigraph: manage your cinematic ambitions, lest you delay US release by eight years, run millions of francs over budget, and spend a hefty portion of it reconstructing a to-scale simulacrum of the Pont-Neuf bridge, somewhere above a glassy lake in Montpellier. But in the sheer scope of Carax's daring, hubris manages to swerve its preordained fall and vault into something grander. Delirium, maybe? Only in the best sense – the kind that comes from racing a little too fast, too hard, into the centre of a dream. Like Jean Vigo's L'Atalante gone mad.

We follow three Parisians of dubious background, homeless save for their reluctant cohabitation on the bridge. There is the dexterous but drug-addicted Alex, played by Carax stalwart Denis Lavant; a luminously young Juliette Binoche as Michèle, a heartbroken painter on the cusp of blindness, and Hans (Klaus-Michael Grüber), an old, territorial keeper of drugs, and a prestigious collection of keys from his thirty years as a security guard. Alex and Michèle love to run – to sprint – for no reason; speeding, silhouetted, along a beach at sunset; hurtling across the bridge against a sky crowded with fireworks. In lieu of tragic inertia, they fling themselves up and out with ballistic abandon.

The Pont-Neuf is both bottle-strewn, dilapidated reality, and storied grande dame of the Île de la Cité. Caught by Carax in the midst of a two-year renovation, its charm shifts from majestic to dishevelled; ornate parapets are draped in construction tape; corbeled balconies section off the bridge into crescent moon bedrooms, scattered with rags and blankets. In one scene, Alex reaches deep into the iron lamps that tower over the Seine, ripping out their wires as if switching off a bedside light. Later, Hans toys with a beat-up remote, and right by the bridge, all the lights in a luxury department store flicker on, La Samaritaine aglow like a late-night TV channel clicked to life by sleepy fingers. In the strange blues of these early hours, our clochards navigate public space as if it were private; no one needs permission from an empty city. They already have the best seats in the house.