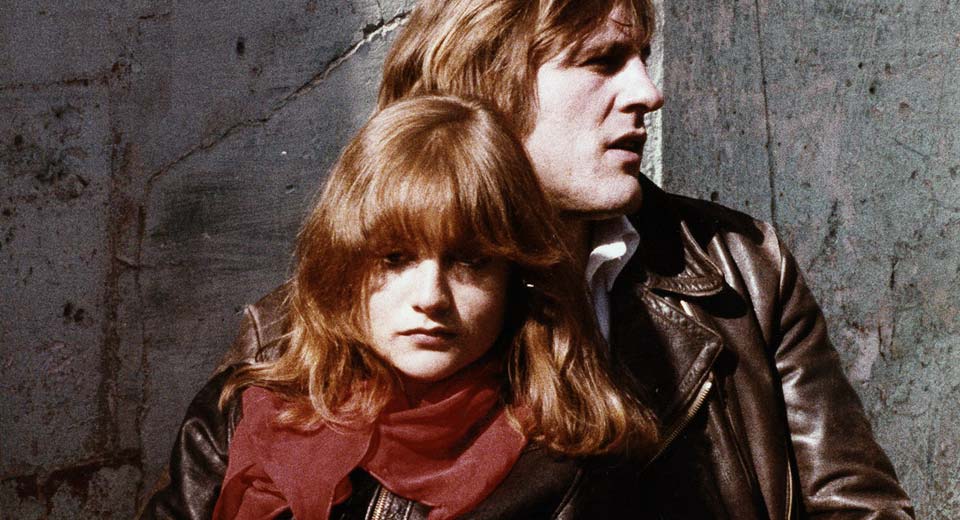 Isabelle Huppert’s continuing ubiquity may be the brightest shaft of light this otherwise shit century. Imagine, for a minute, that Ms. Huppert—rather than arriving at her apex after years of fine performances—had merely materialized, Athena-like, from the abyss of early-aughts film culture. Her filmography, though brief, would include star turns as varied as those in Amour, Abuse of Weakness, Elle, and Law and Order: Special Victims Unit, to name just a few.

It’s easy to forget, then, in the midst of l’Age Huppert, that her “salad days” on screen were just as revelatory as they are today. Take, for instance, Maurice Pialat’s Loulou, featuring Huppert and a still-fuckable Gerard Depardieu as doomed lovers in a particularly grimy romance. When a chance encounter, and subsequent liaison, brings ladylike Nelly (Huppert) and tramp Loulou (Depardieu) together, the resulting offspring is a tragic cross between purebred melodrama and gutter-mutt realism.

However you feel about Pialat’s messy cruelty, his mean streak here finds its perfect avatar in Huppert’s embodiment of a modern-day Madame Bovary, lured from the safety of her marriage bed into the waiting arms of a smouldering lowlife. Nelly’s bitter husband, André (Guy Marchand), has the deck well-stacked against him—unlike his rival, André’s casual misogyny doesn’t have a barrel chest and leather jacket to hide behind. Placed in our heroine’s shoes, it’s an easy choice—and a tale as old as time, but Huppert’s ferocity shades and contours this tired trope into a veritable tour de force.