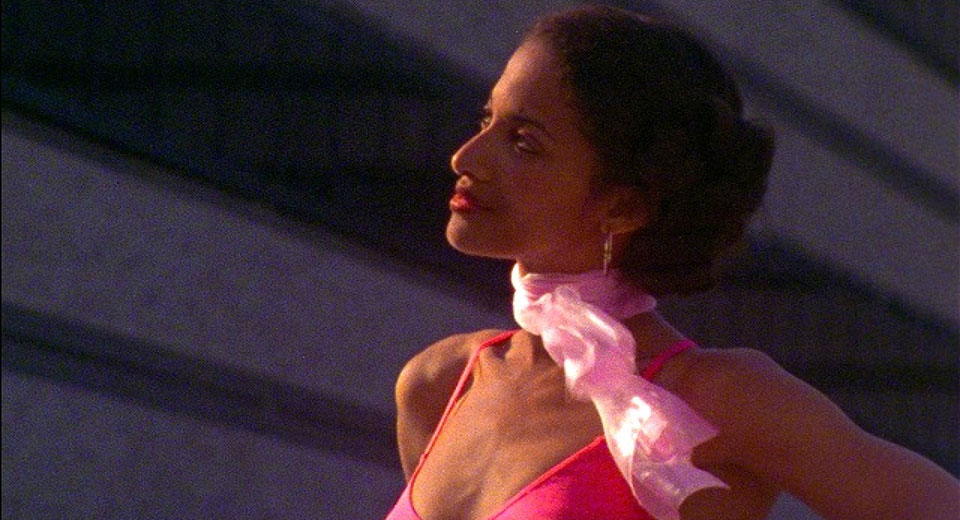 Kathleen Collins’s Losing Ground was unable to secure a theatrical release at the time of its completion in 1982, but it has received widespread critical celebration since the filmmaker's daughter rediscovered the negatives, resulting in a 2015 re-release. The film spends a summer in upstate New York with philosophy professor Sara (Seret Scott), there at the urging of her husband of ten years, Victor (Bill Gunn, the playwright and filmmaker behind Ganja and Hess), who proposes a summer retreat to celebrate the recent sale of one of his paintings to a museum. Though he tends towards abstraction in his work, Victor wants to experiment with expressive depictions of concrete subjects, and he’s drawn upstate by more than just the idyllic scenery—on one of his first trips out of the city to scout for potential studios, he slips into a gauzy POV trance-like state as he sketches local women, soon honing in on a Puerto Rican dancer named Celia (Maritza Rivera) as a summer muse. He’s oblivious to the strain he’s putting on Sara as she develops her own project, a theoretical essay on the aesthetic experience of ecstasy, which requires frequent access to research materials back in the city. Collins stages their dynamic with gestures that hint at their previous ten years of marriage; early in the film, Sara is working in their bedroom only to be forced to switch gears by Victor climbing across the bed with a glass of wine.

As a director, Collins is ceaselessly visually daring and formally innovative—her narrative builds up to a dance-based musical film-within-a-film, in which Sara releases herself during one of her trips back to New York. The screenplay’s investigations into race, class, and sexuality live and breathe through the depth with which Collins renders multifaceted inner desires, harkening back to the deft characterizations of her posthumously published short story collection, Whatever Happened to Interracial Love? There’s a handheld long take during which Victor sketches Sara, the camera precariously moving closer as she grows visibly uncomfortable with their widening emotional disconnect. Without imposing a limiting definition on her character, Collins reveals Sara as she charts the expansion of her intellectual quest off the page and into practice.