By
Caroline Gil
Diego Echeverria’s 1984 documentary Los Sures , a sublime portrayal of the South Williamsburg neighborhood and its people, at last begins its belated premiere run today. Screening at the recently opened Metrograph theater, the film was unearthed and restored by Williamsburg-based documentary center UnionDocs in collaboration with the New York Public Library’s Reserve Film and Video collection. At the time of writing, many of the opening weekend screenings are already sold-out or going fast—a testament to the majesty of the film and the desire for sincere representations of Latinos on the big screen. In the early 1980s, Diego Echeverria directed two short feature documentaries, El Legado: A Puerto Rican Legacy (1980) and Puerto Rico: A Colony the American Way(1981), which pulled into focus the island’s forthcoming economic collapse, longstanding colonial status, and the indomitable third wave exodus of Puerto Ricans to the United States. Echeverria recounts that [he] “wanted to study the effects of that [first] migration...and understand the elements of dependency” that are articulated in a migration history that extends to the turn of the 20th century. Echeverria’s parents, both professors, hailed from Chile and moved the family to Puerto Rico early in his life. The reason for their relocation to the Caribbean island sheds light on the country’s long-lost salad days as a hub for cosmopolitan intellectuals brought in to lecture and teach at Universidad de Puerto Rico (Puerto Rico’s Public University). Echeverria developed a strong bond with Puerto Rico, to which he maintains many personal ties, before moving to New York City to study film at Columbia University. After graduating, he worked on television journalism, including the pioneering Jack Willis program 51st State on Channel 13 WNET.

CG: Could you describe the transition of working on television reporting to directing your own protect and having control over all the creative decision making?

DE: My experience producing and directing current affairs and news documentaries for television was a great training ground for Los Sures in many respects. I knew the Puerto Rican communities in New York and I had done stories of many similar situations in New York and around the country, often covering the problems many neighborhoods were facing with unemployment, insecurity, lack of key government support in key services, etc. I had witnessed the challenges those communities were facing in the late 1970's and early 80's. That is what in many ways drove me to make Los Sures . Yet at the same time I did not want to do another reporting story and felt the need for a much more personal approach to exploring what was going on inside those neighborhoods. So I knew early on the only option was to do this for PBS. Fortunately, there was a funding and programming source at WNET where projects could be submitted. That was the Non Fiction Television Fund directed by David Loxton, a wonderful Executive Producer who allowed support in those years for many filmmakers and for projects such as Los Sures . 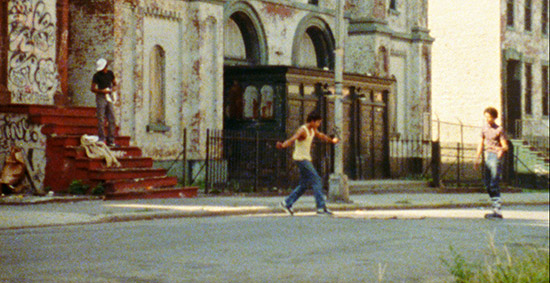 Echeverria’s upbringing and later experiences in New York City, which at the time had the largest influx of Puerto Rican migrants of any U.S. city, is constantly interweaved with his work and most prominently expressed in Los Sures . Thousands of Puerto Ricans travelling by steamship in the 1930s docked at Williamsburg and established enclaves across Brooklyn, working in sugar or cigar factories, establishing and federating as bodega owners. In the early 1970s, many of the buildings in South Williamsburg became co-ops, a model established through organizing sit-ins in protest of mass displacement and deeply rooted in community development and activism. Glimmers of those efforts and the context in which it flourished are evident in film subject Evelyn’s efforts as a community leader.

DE: The film was a very unique experience because it allowed to explore with greater depth many situations and people that were particularly close to me, because of my background of having grown in Puerto Rico and witnessing in New York a very vibrant Puerto Rican community. Funding for this kind of documentaries became increasingly difficult and little by little television started changing in scope and nature, as did the Williamsburg section of Brooklyn. 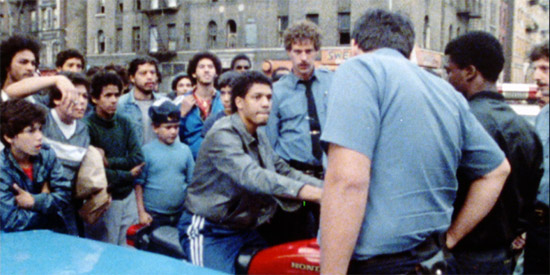 His approach to the Los Sures community, a neighborhood he was initially less familiar with than El Barrio in East Harlem or Loisaida in the Lower East Side, demonstrates the director’s intrinsic understanding and solidarity with the inhabitants of Los Sures, which garnered him an intimate entryway to his subject’s lives.

CG: How did you meet Tito, Marta, Ana María, Cuso, and Evelyn?

DE: We met most of the people in the film by spending time in the neighborhood, walking the streets and engaging people on a one-to-one basis to tell us about themselves. It was slow process taking several weeks of staying fit in certain key blocks so people would get to know me and [associate producer] Fernando Moreno, be able to trust us and understand the nature of the project we were making. Then after a while, when we brought our small crew, we had already selected a few people and we were no longer complete strangers. Often people would approach us to tell us what was going on, would tell us who we should meet and direct us in certain directions. That is how we got to meet most of the people in the film, knowing before hand we wanted contrasting stories of people bringing different experiences, different views of the neighborhood, different challenges in their personal lives.

Fernando Moreno, Echeverria’s associate producer, was a prominent journalist within the Latino community. Moreno worked as the editor of El Diario La Prensa, which covered the Rican community in New York, drug trafficking, and, boldly, the 1978 Cerro Maravilla case in Puerto Rico, in which several police officers accused of murdering two pro-independence activists were declared “heroic” by the Governor in a televised broadcast.

In conversation, Echeverria briefly suggests that Oscar Lewis’ 1966 book La Vida: A Puerto Rican Family in the Culture of Poverty—San Juan and New Yorkhas been profoundly influential in his overall work because of its fluid, conversational style. The influence is borne out by Echeverria’s natural interview sequences throughout the film, complemented by contemplative shots of the neighborhood as it was. Cultural markers are present throughout the film: el pirag ü ero , the impromptu street bolero performance (Julio Jaramillo’s Odiame ); the opening of a fire hydrant on a hot summer day; the dancing of kids to Menudo’s “Coquí” (“ No hay nadie que ame tanto a nuestro país”) , a graffiti alluding to the Puerto Rico’s decolonization committee at the UN, at the anniversary of the Lares Revolt. One beautiful shot from a camera positioned at the interior of a car zooms into Tito handing his buddy a ruby red coke can to the Esquina Boricua bodega storefront proudly boasting the Puerto Rican flag. Questioned about its execution, Echeverria snappily responds, “That you get from experience, Carolina!,” humbly going on to extol his crew’s masterful skill, crediting his multi-ethnic team name by name. In response to a question about his reaction to the recovery and preservation of Los Sures , undertaken by the New York Public Library and UnionDocs, he jolts: “That never happens!” 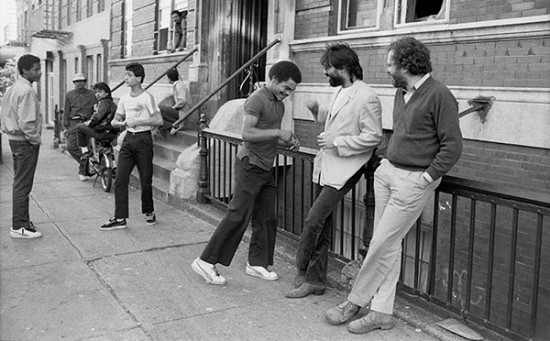 DE: It was a process of many twists and turns, originals lost by the lab that had long closed, tracking existing prints, etc. Since the film was completed I had gone to many other projects, I had moved to Latin America for several years and the film was getting distributed in DVD.  We took for granted [that] the film elements were safe and they were not. Fortunately, we were able to find a 16mm copies [copy] in very good shape and the preservation was completed successfully after a lot of hard work and the commitment of several wonderful people.

The newly surged revival ofLos Sures hopefully points to an insistent recovery of Latino media makers, and to a rewriting of a history that includes and makes their work more visible and present. Los Sures is really one in a slew of very few documentaries that offers a real, empathic and respectful portrayal of the Puerto Rican community in NYC, do not miss out on the opportunity to see it exalted and dignified on a large screen. 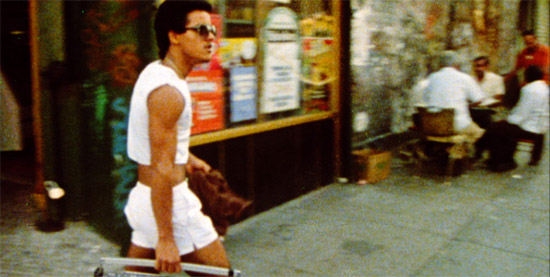