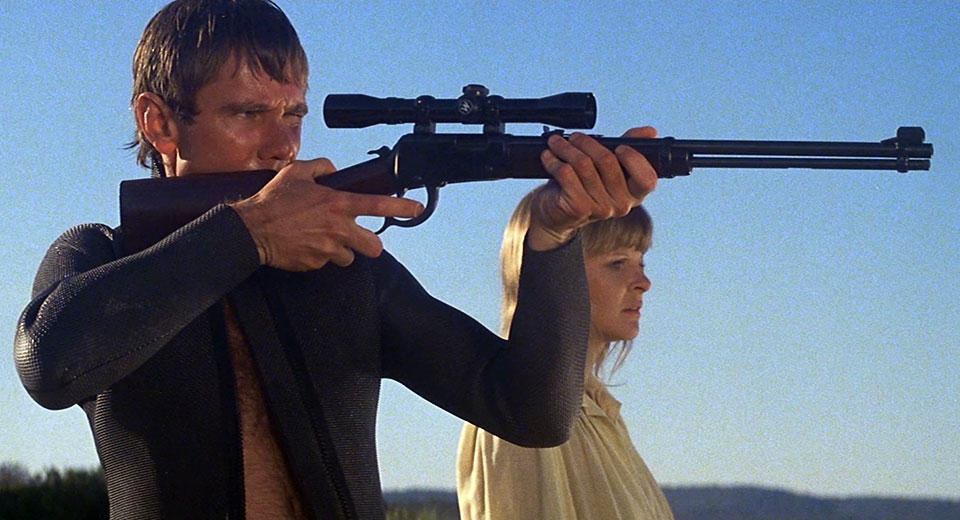 Beginning as a portrait of a disintegrating marriage, the film follows Peter (John Hargreaves) and Marcia (Briony Behets) as they bicker along the way to the Australian bushland, a last-ditch vacation intended to restore what is left of their union via reconvening with nature. Their spite for one another is equally reflected in the disrespect they show for the natural life around them: they litter, cut down trees, and even run over a kangaroo without second thought. As their mutual disdain climaxes so does nature’s clear-eyed vengeance against their transgressions: lush thickets strangle, animals sharpen their teeth and beaks, a deceased-looking dugong isn’t all that it appears to be.

Written by Everett De Roche, known for other Aussie horror films like Patrick and Roadgames, Long Weekend unnerves because rather than positioning humans as unwitting subjects in over their heads within the natural world, it treats their careless interactions (that they crucially do not see as interactions) with the world around them as almost tragically mundane. Our protagonists, living in heteronormative modernity, would of course abuse the earth the way they abuse one another - having everything you are supposed to need and still feeling compeltely isolated is par for the course. When Peter patrols the wilderness with a rifle in hand, a modern masculine figure attempting to delineate a domain in which to protect from whatever threats are closing in on him and his wife, he finds no one at which to actually point his gun.