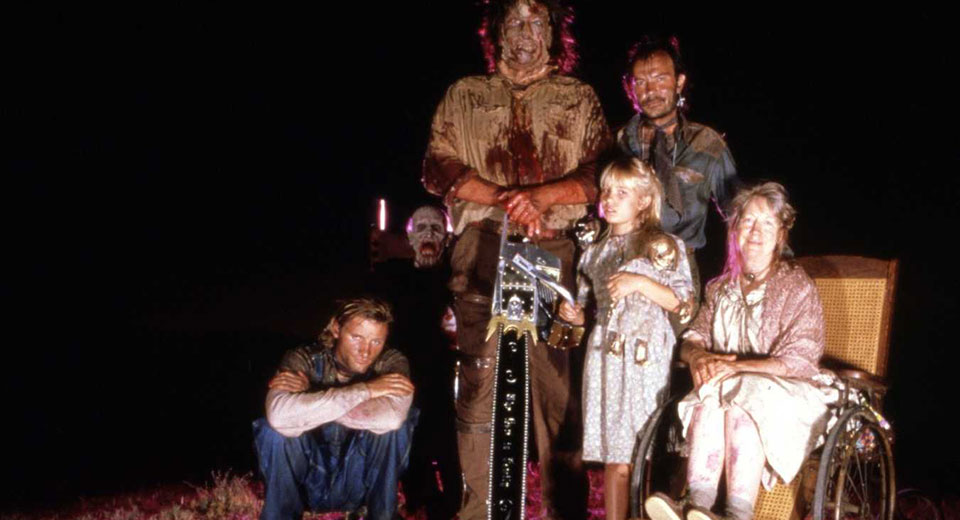 Jeff Burr’s 1990 Leatherface: The Texas Chainsaw Massacre III largely reheats the plot of Tobe Hooper’s genre-defining classic. In this third film, two friends passing through Texas en route to Florida encounter the cannibalistic Sawyer family and find themselves hunted by the chainsaw wielding Leatherface. Burr’s film is slick and action-oriented — repackaging the series and its main villain as relatively more standard slasher fare. The story of a skin-mask wearing, chainsaw-wielding cannibal proves hard to sanitize, however, as the subtext implicit in the original mutates and bubbles up from below.

In Hooper’s 1974 film, the Sawyers, a rural Texas family who have long made their living working at a slaughterhouse, find themselves made obsolete by automation. They then turn their “skills” on human beings, finding a new, albeit gruesome, vocation and a source of food. The film’s iconic poster read, “Who will survive, and what will be left of them?” — a great tagline for a horror film and a stark summation of market competition. This brutal critique of industrial capitalism’s indifference toward labor evolves into a gory satire with The Texas Chainsaw Massacre 2, where the family decides to parlay their expertise into a successful barbecue business: ”The secret is the meat,” they say. “Don’t skimp on the meat.”

In Leatherface, the focus shifts from family as labor force to the family as a site of moral and identitarian production — ”family values,” as it were. The chainsaw is no longer simply the tool of the family trade, but a symbol of tribal violence and separateness, rational only within the confines of “the family.” To hammer (or saw) the point home, Leatherface is a given a giant chainsaw by his brother, Tex (Viggo Mortensen), with the motto “the saw is family” engraved into its shining metal. Now, that’s one hell of an heirloom.