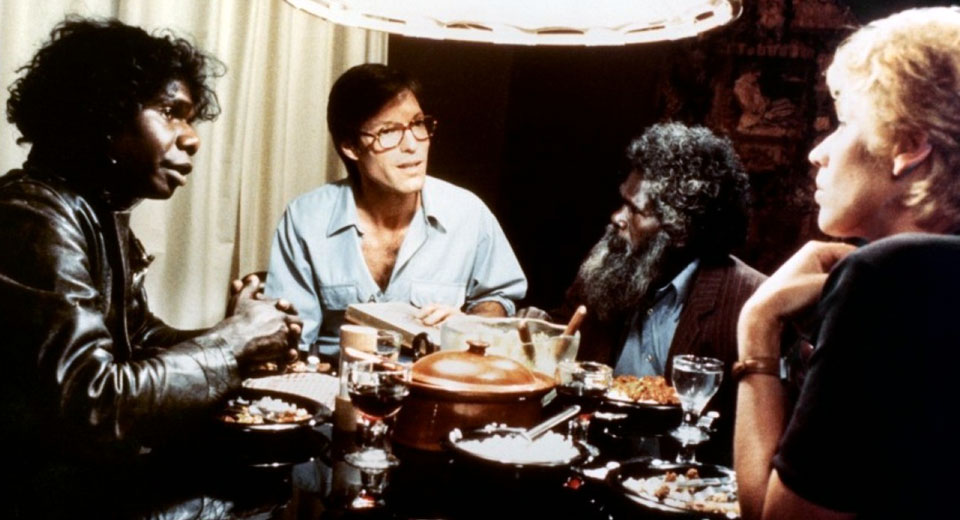 Peter Weir's The Last Wave stands out even among the impressive (and extensive) lineup of Film Society of Lincoln Center’s ’77. It’s an interesting pick for a series tethered to a specific year — a film embodying its era's malaise and anxieties, yet as otherworldly and outside time now as it was on release.

Part of the New Australian Cinema, the film meditates on the impact of colonialism framed by an eco-horror mystery. Richard Chamberlain, his elegant looks used to alien effect, plays David Burton, a tax lawyer tapped to represent a group of Aborigines pro bono. What seems an open-and-shut case of accidental, if odd, death morphs into Burton’s suspicion it was a ritual tribal murder. But as his white coworker shouts, "You waltz in here after finding tax loopholes for a living; I’ve worked with these people for 10 years, there aren’t tribal people in the cities, it’s a fantasy!’

There’s an irony that while diagetically real, tribal city folk are a fantasy of Weir's. He manages to avoid most well-meaning films’ trap of a primitive (hence purer) culture existing solely to assist the sophisticated, remorsefully superior European one. Here, two cultures struggle to comprehend each other in the face of something beyond both. Chris Lee, played by Walkabout’s David Gulpilil, recognizes the Dreamtime, a plane of reality to which Burton’s culture remains oblivious. But its Burton’s increasingly intense, violent dreams that prophesy what’s to come. Lee straddles two worlds helping Burton comprehend this plane, risking his soul to save both. A Jungian journey leads to a subterranean collective memory at the heart of the city — the ego of colonizers presuming guilt over ‘destroying’ a culture is what allowed it to flourish undetected.

Weir is a master of mood, using slow zooms on sensual textures to build a dreamy ominousness. Nature is presented as occult mystery, omnipresent water invading domesticated spaces, sweeping away traces of humanity. The camera follows not the eye but the mind, to small details distracting characters amid chaos.

Of Burton’s terrifying visions, Lee explains, “a dream is the shadow of something real.” Listening to the news, as a sense of cataclysmic inevitability grows day by day, the same could be said of The Last Wave.