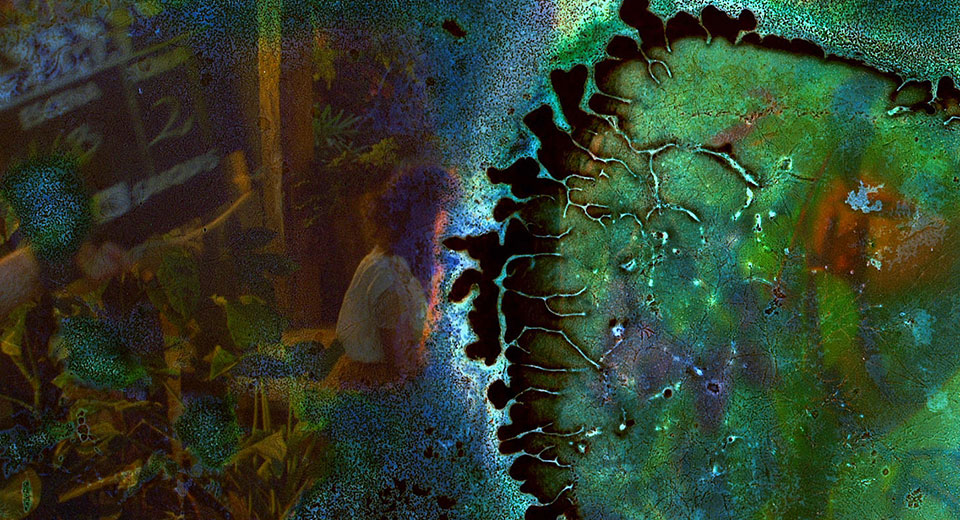 Leandro Listorti's La película infinita takes discarded scraps of celluloid from unfinished Argentinian productions and assembles them into an essay film that meditates on the craft and labor of filmmaking, film archiving and the cinematic construction of national identity. Argentina has enjoyed its status a stronghold of cinema production in Latin America for decades, the envy of other countries in the region that have struggled to develop industries that are consistent, practice fair pay, and cultivate distinct voices. La película infinita presents another side of Argentina's cinematic output by focusing on abandoned film fragments that reveal a history of interruption: civil, political, economical, and emotional.

Among the films resuscitated is Nicolás Sarquís's attempt to bring Antonio Di Benedetto's novel Zama to the big screen in 1984, decades before Lucrecia Martel's acclaimed film. Another Martel connection is the inclusion of Hugo Gil's rendering of beloved Argentinian sci-fi comic El Eternauta. Martel was slated to adapt the work for the screen in the 2000s, but the project was never realized. We also see images of Ceibo y Taba, meant to be Santiago Calori's first film as a alumm at the legendary film school FUC (Fundación Universidad del Cine), which was to center around soldiers during the Malvinas War.

Another delight of La película infinita is observing the somewhat familiar sight of an actress picking up the receiver of a public telephone, take after take, punctuated by entrancing flashes of light as the film camera starts afresh. Sync slates that clue us into what we're watching: camera tests, countdown leader, silent footage that will never be reunited with its sound counterpart, establishing shots that remain forever in suspense, bad tracking shots that bounce to their destination. They all recover new life as, in Listorti's words, "a cinematic Frankenstein." The entwined fates of these unfinished films gains new meaning when coupled with audio extracts of promos from the military dictatorship period.

Cinephiles get a bad rap for being antisocial. But what could be more intimate than sitting in a darkened room with a group of strangers and being present with your neighbor scratching their beard, or cracking their knuckles, gulping, shifting, sniffling, and letting your mind wander to the triggered memory of a shared past?