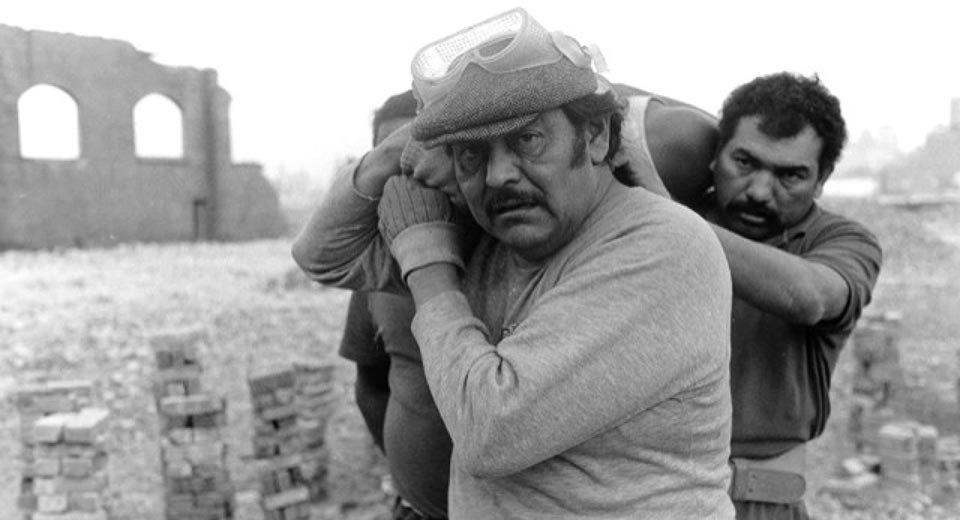 Playing tonight as part of Quad Cinema's Immigrant Songs series, David Riker's La Ciudad is a moving tribute to the plight of Hispanic immigrants in New York City. Shot in black and white with a non-professional ensemble cast, Riker spent years immersing himself in the community and lives of his subjects while writing the script. As a result, the film not only breathes new life into the neorealist form but stands out as one of the most fiercely honest films to tackle the immigrant experience.

An admirer of Dorothea Lange’s work, Riker started as a photographer but switched to film when he realized he wanted the people in his photographs “to speak.” His debut feature definitely captures this sensibility, by allowing us to truly take notice of the faces which we often ignore in our society, and finally listen to their stories on their own terms. Beautifully shot by cinematographer  Harlan Bosmajian , it’s the portraits of the immigrants, their expressions as they pose with loved ones in photos to send home, which haunt the viewer most. Those, juxtaposed with shots of the New York skyline in the distance, set the film apart from others of its sort. For it boldly crafts a New York that can only be seen as its characters see it, overwhelming and far away, filled with skyscrapers of empty promises. Shot between the years of 1992 and 1997, the film removes any of the typical romanticism surrounding New York in the nineties and is careful never to date itself, creating rather a timeless version of the city. One where people have always come, searching for renewal and a better life, only wake up and live amongst the fragments of their dreams.

Broken up into four vignettes, with each story proving to be more heartbreaking than the last, the film follows a young couple, workers, and their families, as they face the everyday tragedies and daily defeats of looking for work or trying to attend school. However, what soon becomes most heartbreaking of all, is the film’s enduring relevance, so little having changed since its premiere 19 years ago.