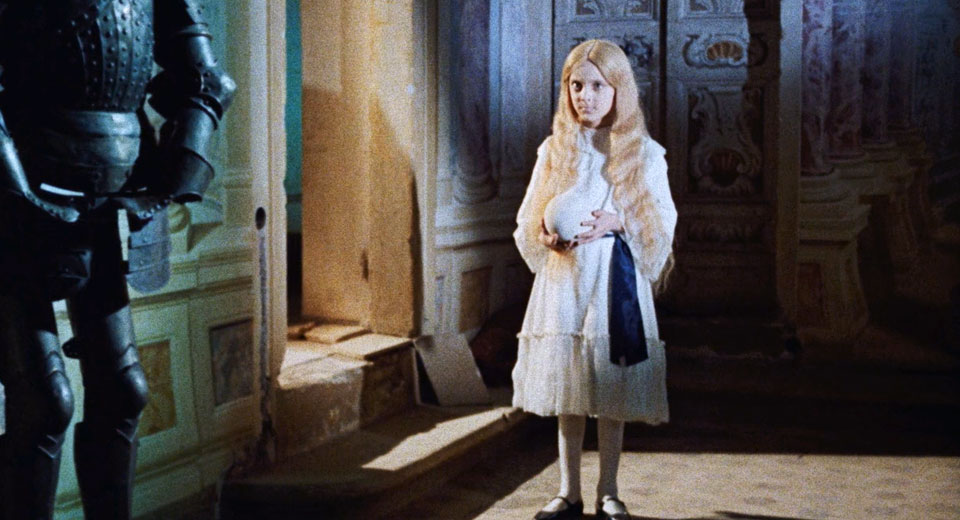 It’s testament to Bava’s skill at emotional manipulation that plot recaps do him little justice; his films are not understood but experienced, bypassing logic for gut reaction. But here goes: when Doctor Eswai joins an investigation into a strange suicide, he finds villagers clinging to life in their small, isolated village, dependant on superstition to keep an evil of their own making at bay. Only the town burgomeister, sultry witch Ruth, and recent returnee Monica, gone since childhood, are willing to help with the dark secret of Villa Graps.

The film is a master’s study in the psychology of horror, set at the science’s dawn in the 1900s and indulging Bava’s pet interests: the blurring of conscious and subconscious, a wary eye towards claimed authority, and pulling the rug on beliefs. No one is fully aware of what’s happening, though acting as a couple, Ruth and burgomeister Karl come closest. Ruth scrys the unseen, Karl is the face of law and order, both acknowledge their ignorance balancing between worlds. Together they try to thwart the vengeful ghost of Melissa Graps, the death drive manifested as giggling, ball-bouncing child. Never killing directly, she makes others take their own lives against conscious will, lifting hands against themselves as they scream for mercy. Monica’s roots are in the town, but she comes from the logic of medical school; ‘hero’ doctor Paul Eswai is more confident in his scientific knowledge. Their attempt to solve the mystery becomes a personal confrontation with the irrational. In a marvelous scene at Villa Graps, both become trapped by their own selves – Monica on an eternal staircase, Eswai literally catching up to himself before getting thrown into a painted depiction of the castle turned real.

The scene is a perfect example of Bava the craftsman – an uncredited special effects man on many films, Kill, Baby…Kill! pushes his ingenuity to the max, wringing unease from the placement of a shrub, a broken arch in a corner. Made on a budget shoestring even by Bava’s thrifty standards (the actors agreed to work for free to complete the film when funding ran out), the score is patched together from other films’, creating a disorienting echo of past emotions. Ultimately Bava pulls his own Melissa Graps, using brilliant framing, camera moves and lurid lighting to compel us to watch what we most fear, giving us a gothic horror that resonates long after viewing.