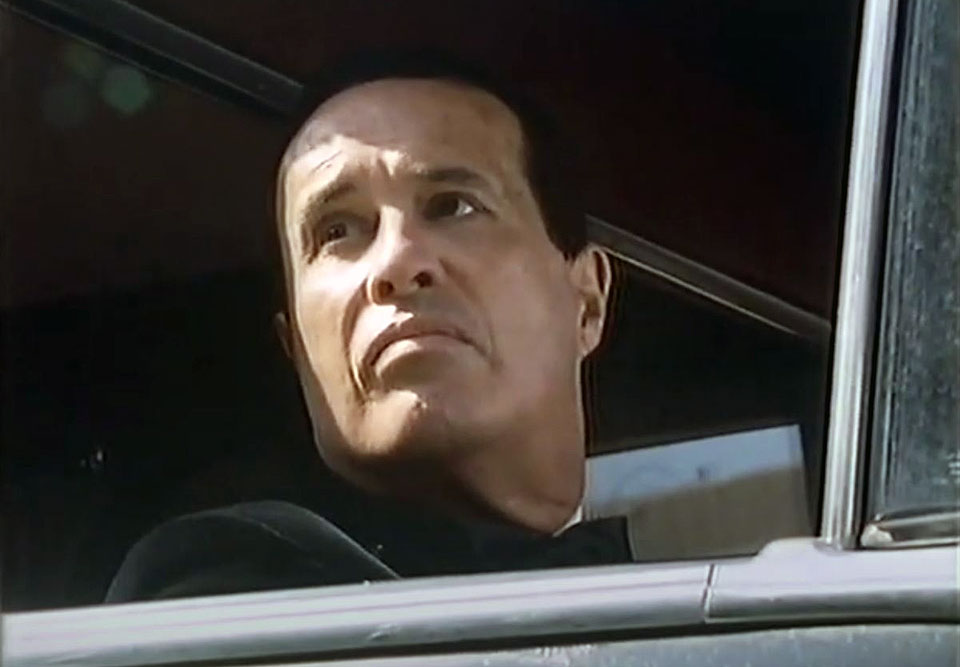 As a documentary in the traditional sense, BBC Arena’s 1991 profile of Kenneth Anger fails from the first frame, when it becomes clear that footage of a tuxedoed Anger riding around Los Angeles in a hearse will be used as B-roll. But in its appetite for flourish and it’s lackadaisical pre–(and pre–post) internet eschewal of facts, Nigel Finch’s Kenneth Anger’s Hollywood Babylon captures something ineffable about the eponymous books and their author.

As a way of getting to know the Crowleyite and his dual career, Finch’s focus on Hollywood Babylon kills two birds with one stone. Most of the film is composed of reenactments, presided over by passages from the books spoken by a narrator fancifully established as D.W. Griffith. Finch cherry picks Babylon chapters and juxtaposes them with straight-to-camera interviews with Anger — surprisingly, as polite as a folded napkin in his 60s — to spin several origin stories.

In a sequence adapted from a chapter on the arch-rivalry between Hedda Hopper and Louella Parsons, Finch supplements Anger’s prose with a montage of audio clips of both women reciting tabloid news every bit as tawdry as Babylon’s tales. Their tones — alternately catty and coddling — reverberate as influences on young Anger. In another instance, Anger recalls chronicling the stories his movie buff grandmother regaled him with as a child, over imagery of stacks of antique newspapers festooned with headlines like “GIRL DIES AFTER ARBUCKLE ORGY” and “LUPE VELEZ SUICIDE OVER LOVE TRAGEDY.” In case the implications aren’t clear, Finch (cloyingly) casts a toddler as a stand-in for a young Anger already hooked on the silver screen.

Finch’s film is overstuffed with bonkers interviews (subjects include a pair of embalmers to the stars, erstwhile drag queen duo “April & Rhapsody,” and Marianne Faithfull) and cringe-inducing, made-for-TV documentary tropes. But once one’s eyes adjust to the early-’90s patina, these silly devices come into focus as canny devices for a stranger-than-fiction type of truth-telling that Anger pioneered. In one obviously staged sequence, Finch films an elderly woman singing in Rudolph Valentino’s mausoleum. “It’s no secret you feel better when you cry,” she croons in broken English. Artifice aside, her appearance recalls the controversial stagings that comprise much of Mondo Cane, released only a few years after Babylon’s first French editions. “I saw neorealism as fictionalized documentary,” Italian director Gualtiero Jacopetti blasphemes in the excellent documentary, The Godfathers of Mondo. “‘Let’s pretend it’s true.’ That always bothered me.” Comparing, say, the 1992 sanitized Oscar-bait biopic Chaplin with Anger’s embellished telling of “the little tramp’”s multiple marriages to underage girls should elicit the same response.

The notoriously libelous tomes thus emerge as sort of hyperreal, proto-Mondo Cane depictions of showbiz, and Anger comes into focus as a prodigal son of Tinseltown, whose love and loathing of Hollywood only makes sense on familial terms.