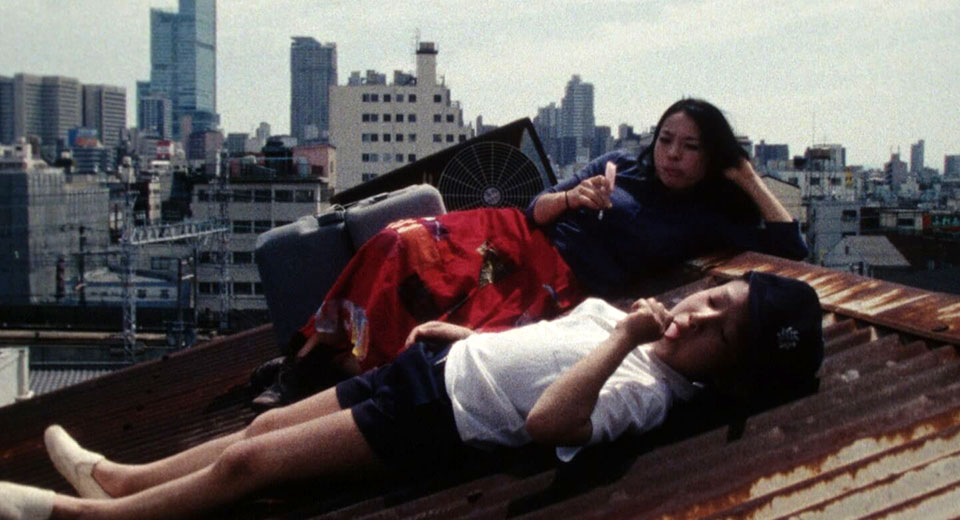 Director Leo Sato toes that thin line between fact and fiction in The Kamagasaki Cauldron War (2018), a buddy comedy set in a slum on the outskirts of Osaka. At once tender, side-splitting, and infuriating, it's a perfect balance of soapbox and slapstick, like if Harold Lloyd had been a communist and directed Ikiru (1952).

Sato's only previous directing credit is the 2009 documentary Nagai Park Elegy, which—combined with years of filming tent cities in Osaka's parks—amply prepped him for his first narrative feature. The setting is Kamagasaki, a postindustrial area in downtown Osaka with a "longstanding resident population of homeless, unemployed, and itinerant workers" (David Novak, City & Society). The plot in brief: the local yakuza gang's ceremonial sake cauldron (kama) goes missing. The boss's son (Kiyohiko Shibukawa) has just done 20 years and is next in the line of succession, but the title can't be passed without the sacred drinking vessel. The gangsters ransack the home of a trad mime in search of the cauldron, killing the mime, burning down the house, and leaving the mime's young son, Kantaro, homeless. Kantaro drifts into the care of casual pickpocket Nikichi (Yota Kawase) and working girl Mei (Mari Ota), whose parenting styles pull him in opposite directions: Mei's toward grade school and Nikichi's toward burglary. Meanwhile, a predatory property developer hires yakuza goons to clear Sankaku Park of its transient population, which they do with gusto. The tension between the homeless laborers and the yakuza eventually erupts in a savage battle of rocks vs. bats, but ultimately the two factions unite against their common enemy, the speculators, for a deus ex machina happy ending. Local activist Nagashi would like to feel that his tireless proselytizing played some role in this (viewers may wonder if Nagashi is based on Sato's real-life comrades in the Nagazaki-cho Documentary Space, a Kamagasaki-based collective), but the closest he gets to converting anyone is getting Nikichi to quote Marx's Contribution to the Critique of Hegel's Philosophy of Right with bemusement.

Shot in 16mm, often guerilla-style among genuine denizens of the slum, Cauldron War has an aged grain, which—together with its deliberate avoidance of obvious signifiers of contemporaneity—gives it a temporal feel somewhere between Good Morning (1959) and Sans Soleil (1983): the red helmets and towel-bandannas of the commie protesters echo the student activists at Narita Airport in Marker's essay film, while the industrial suburb setting and the young boy protagonist seem to quote Ozu's childhood comedy. Or imagine a Japanese hybrid of The Kid (1921) and They Live (1988).