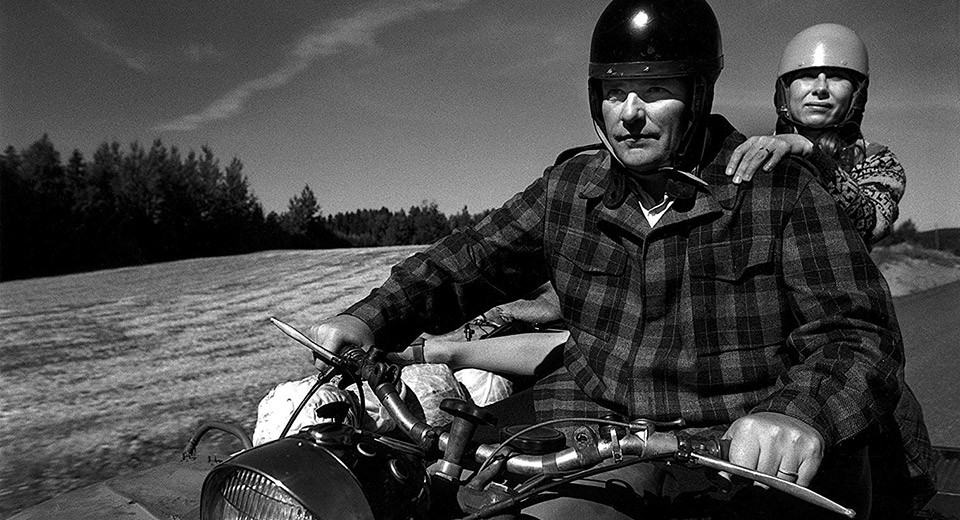 For those familiar with the dour faced Finns who shuffle through the films of Aki Kaurismaki with as much enthusiasm as a depressed grave-digger, it should come as no surprise that their progenitor would dabble in that most curious of screen genres—the post-sound silent feature. Far from the winking pastiche (The Artist, Silent Movie) or postmodern deconstruction (Sidewalk Stories, Miguel Gomes’ Tabu) common to other silent films of the past 50 years, Juha (1999) achieves something like a genuine approach to its anachronistic style. Cribbing heavily from those initialed maestros F. W. Murnau and D.W. Griffith, Kaurismaki crafts the sort of farm folk swayed by urban vice tale exemplified by Sunrise: A Song of Two Humans.

Opening on the tantalizing, proletarian image of a woman’s bare leg blissfully resting on top of a pile of lettuce headed for market, Kaurismaki infuses Juha with a sense of pastoral harmony and nostalgia atypical of the reserved, lonely characters often struggling to make ends meet in “Aki Land.” Juha and Marja, played by Kaurismaki regulars Sakari Kuosmanen and Kati Outinen, live a happy pastoral life full of plentiful harvests and cheery domesticity. Yet when stranded motorist Shemikka (André Wilms) starts dangling the promise of glitzy urban living in front of Marja’s eyes, it’s not long before she’s lusting over fashion magazines and leaving Juha high and dry. This being a Kaurismaki film, however, bad things can only happen to good people and Marja’s dreams of living the high-life are dashed by the shameless exploitation and crippling loneliness she encounters once Shemikka coerces her into a life of sex work.

For a man who has built his reputation on his ability to deliver the emotional breaking point of a relationship in three flatly delivered lines discarded between cigarette puffs, Juha’s silent-era histrionics surprisingly find Kaurismaki at his most emotionally expressive. Outinen delivers Marja’s petrified apprehension towards Helsinki’s vices with all the wide-eyed tremors of Janet Gaynor, while Shemikka’s touchy-feely come-ons are delivered a hawkish aggressiveness and verve by Wilms. Although Kaurismaki’s coolness and trademark touches are on display—there is, of course, great live music and plenty of hard drinking—the action-packed climax and lyrical cutaways to pastoral idylls make one wonder what new depths we would see on screen if perhaps every director challenged themselves into similar experiments.