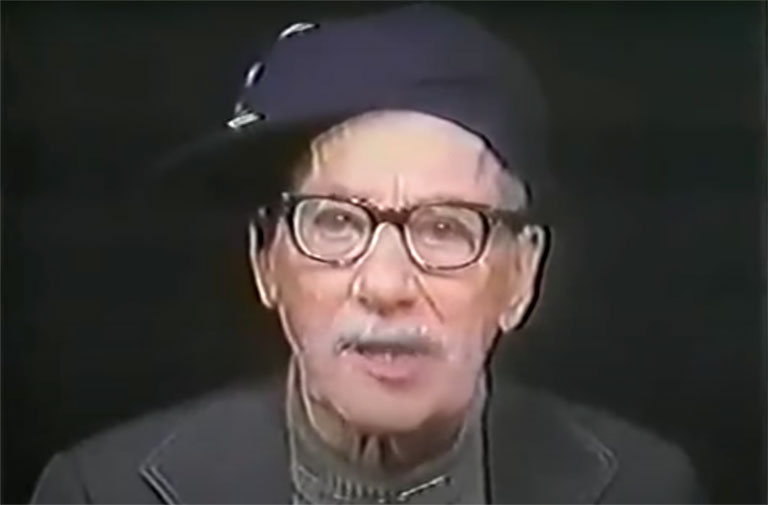 The 1976 Bob Hope television special Joys is the School of Athens of mid-century American comedy. Like Rafael’s fresco depicting the great philosophers of antiquity, Joys gathers nearly 50 comedians and entertainers together in the Hollywood equivalent of the Renaissance master’s vaunted classical tableau: a cocktail party at Bob Hope’s house.

There comedians mingle exclusively with comedians in a myriad of surreal — and not always successful — permutations. An aged Groucho Marx (in one of his last screen performances) commiserates with George Burns, and sends Billy Barty in full Duck Soup regalia out to mingle in his stead. Don Knotts pals around with Dean Martin, holding cue cards for the highly intoxicated crooner. In split screen, Milton Berle flirts with himself in drag. Harry Ritz leads Marty Allen, Jack Carter, and Jan Murray in a song about comedic “takes,” and Abe Vigoda passionately searches for a pastrami sandwich.

Quality control and nearly all narrative thrust are checked at the mansion’s door, and the special’s 90 minutes are instead crammed with a merciless barrage of jokes and shtick. But the most baffling aspect of Joys is that, according to Vincent Price’s introduction, the special is a loose riff on the film Jaws. In Joys, celebrity guests are mysteriously killed by a gloved murderer and left face down in Hope’s swimming pool — a plot that has nearly nothing to do with Spielberg’s blockbuster.

What was doubtlessly the result of a grasping play on words (Joys/Jaws) though, takes on an oddly poignant historical resonance. While Jaws was offering a new kind of big screen experience, Joys was feebly attempting to counteract this with a glut of classic comedians doing bits. It’s a reminder that for a brief moment in time, two worlds of popular entertainment — the New Hollywood and a performance style rooted in vaudeville — existed simultaneously. With this in mind, Joys, a notorious television disaster, becomes a sweet and nostalgic tribute to screen comedy in a changing world.

By the mid-70s, Hope had conquered every major form of media and had produced regular television specials for NBC since 1950. But he’d become problematically out of step with the times. He opposed Vietnam War protests and was friendly with Nixon. He was the emcee of the 1970 Miss World Pageant, which the Women’s Liberation Movement famously flour bombed.

In Joys, Hope’s attempt to fend off Hollywood’s new generation with a battalion of funny friends doesn’t succeed, but for all its ineptitude and bloat, it still paints a unique and lasting picture of what entertainment was.