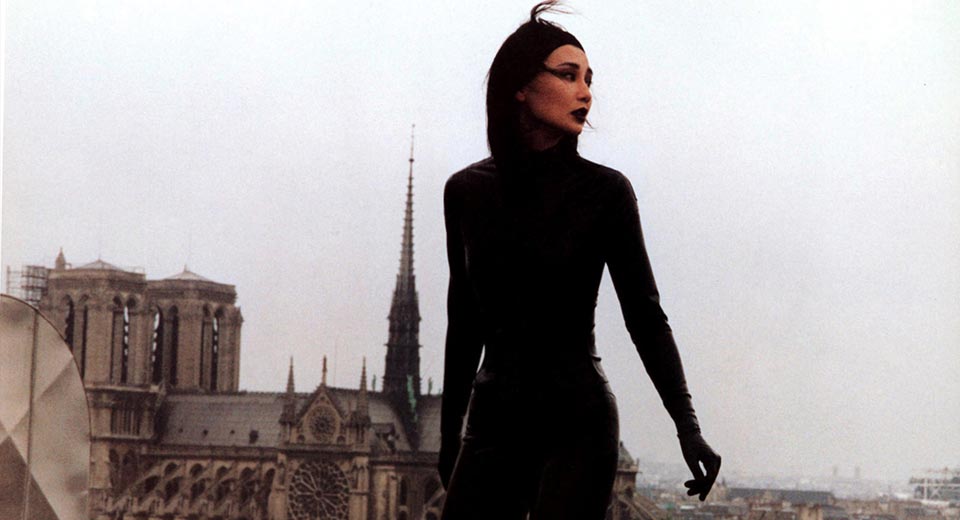 “Irma Vep is Paris. She’s the Paris underworld. She’s working-class Paris. She’s Arletty!” So says an aging French filmmaker in Olivier Assayas’s Irma Vep in private protest of his fading contemporary René Vidal's (Jean-Pierre Léaud) casting Hong Kong actress Maggie Cheung as the lead in a remake of Louis Feuillade’s iconic 1915-1916 French crime serial Les vampires. One can understand the character’s apprehension—Les vampires occupies a central place in the lore of French film culture: an early, technically advanced, and immoral populist epic; a film abandoned and allegedly rescued from a studio dumpster in the 1930s by larger-than-life Cinémathèque Française director Henri Langlois; and an influence on the filmmakers who came of age at the Cinémathèque, over which it cast a peculiar spell. Per Langlois in the mid-60s: “I am convinced that surrealism preexisted in cinema. Feuillade’s Les vampires was already an expression of the 20th century and of the universal subconscious.”

Why Cheung—the only actress nominally playing herself amid a cast of iconic international performers in a devious web of cinephile in-jokes—would be selected to play such a role is one of the many low-key absurdist mysteries of Irma Vep, a film about film in all its fetishistic manifestations: desire, dominance, mammon, nostalgia, latex. It chronicles the production of Vidal’s remake as the crew of savvy cinephiles question his waning powers—the result of a lapse into bourgeois tedium, perhaps, or overly indulgent self-regard. Cheung, who doesn’t speak French and is unsure herself why she has been cast, is at the center of the maelstrom, amiably struggling to comprehend Vidal’s expectations delivered in passionate streams of heavily accented English. Meanwhile, she connects with the crew’s costume designer (Nathalie Richard)—responsible for "pouring" her into form-fitting rubber—but with mixed personal and romantic intentions.

Much of the film is chatty and appears semi-improvised. A lot of what’s said is about cinema, and no doubt intellectually thrilling to those willing and able to tease out all its postmodern threads; and yet there is also an unfortunate tendency to lapse into smug, petty shots at Hollywood cinema. (If Arnold Schwarzenegger is not also an expression of the later 20th century and of the universal subconscious, I'll eat my shoe.) Ironically, the themes speak loudest when the characters are silent and the movie drifts into pure cinema—the camera’s digression during a conversation among French filmmaking radicals to a television screen showing an early Chris Marker short; a bravura extended scene of an emotionally fractured Cheung in costume slinking around her hotel; or the film’s dazzling, cinema-affirming coda. Even Cheung and Léaud’s mere, commanding presences say more about wrestling with legacy, commerce, populism, and art in cinema than a thousand Steven Seagal jokes.