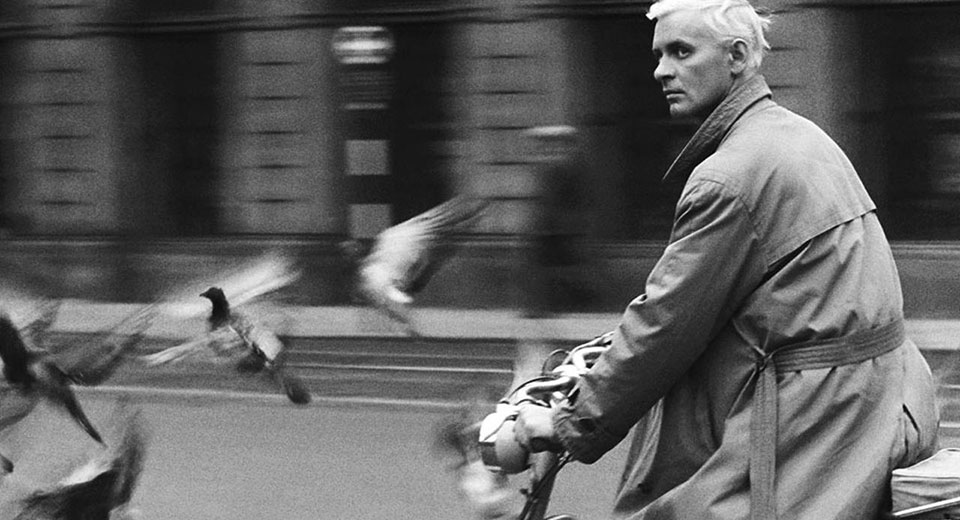 With Innocent Sorcerers, Andrzej Wajda made what he assumed was his “politically neutral” portrait of the aimless male offspring of the post-war world, which, in 1960, was the central subject for more than one young and ambitious filmmaker with radical ideas about movies (see: Godard’s Breathless and Oshima’s Cruel Story of Youth, both released that same year). The face Wajda sketches is Bazyli's (Tadeusz Łomnicki), a blonde playboy who works by day as a medical examiner at a local boxing ring, and spends the rest of his time playing drums in jazz band competitions, listening to jazz on his radio, and flirting with the eligible women of Warsaw, who all seem to find him variably irresistible or heartbreaking depending on his mood.

The women—all two-dimensional, aggressively beautiful and frontally lit—are pure objects of the male psyche. They pass through the lives of Bazyli and his circle of slackers, bohemians, and broke students like apparitions, dressed in floppy hats and polkadots. Even Pelagia (Krystyna Stypulkowska), a young woman from out of town, who Bazyli finds himself drawn to after a late night of vodka and antics in a smokey basement club, is the typical one night/one chance at the unattainable. They walk together down empty streets, him scampering at her feet, and her teasing him with coquettish games that eventually lead them up to Bazyli’s apartment; a game of strip flick-the-matchbox follows, from which we learn that, for all his juggling, Bazyli is actually “a gentleman” and crippled by the usual sexual frustrations—and we are left with that essentially innocent image.

It’s a light script, and is probably indistinguishable from the twenty or thirty-million unwritten scripts on identical subjects that were lived daily by the young across Europe, who found that they had inherited only half a world from their parents and their parent’s war. But, what sets Wajda’s film apart is not its script but it’s visual scale. Seemingly regardless of his chosen subject, Wajda is a muralist. Whether it's a mobbed concert hall or Bazyli alone in his cramped bathroom, the director, with his cinematographer Krzysztof Winiewicz, paints everything two-stories tall. This leaves little room for subtlety or great acting or any kind of precise political critique, but the film has other intentions.

As a larger-than-life sized portrait of a generation that desperately wanted to see itself as what it thought and felt it was—restless, apathetic, and robbed of its ambitions by any number of external forces—it’s a near-perfect facsimile of that disappointment. To Wajda’s apparent astonishment, the policers of Polish culture at the time saw something explicitly political in that image of rootless oblivion. The explosive decade that followed proved them right.