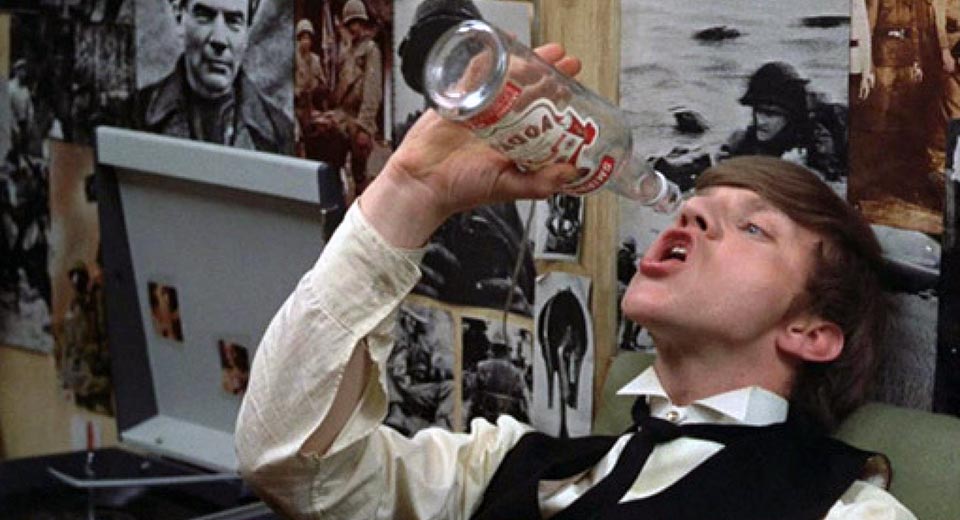 It feels unproductive to recommend a film based on the unlikelihood of encountering something like it again, but Lindsay Anderson's If... (1968), infamous for its climactic depiction of students opening fire on their school administrators, certainly warrants such curiosity in today's age. In many ways however, the seductive quality of the film's pervasive angst and rebelliousness feels more shocking than any individual sequence. Known for launching the career of Malcolm McDowell, If… finds itself alongside other controversial and genuinely subversive works in Quad Cinema's Rated X series.

McDowell plays Mick Travis, an antisocial pupil in a late '60s British boarding school, who faces off against the older students known as the "Whips" as well as the faculty who endorse their sadistic dominance. Mick and his friends dabble in mischief and drunken talk of violence until a brutal attack by the Whips, coinciding with the discovery of a weapons cache, prompts them to find out whether "one man can change the world with a bullet in the right place." Surreal sequences of violent and sexual fantasy weave in and out of the detailed texture of oppressive student life, shaping the school itself as a microcosm of authoritarian social structure that can be demolished at any moment.

If... is thematically inseparable from the year in which it was made, with the riotous energy and inevitability of insurrection simmering throughout, even though there is essentially no mention of the counterculture and protests happening anywhere beyond the school walls. Such seclusion is appropriate, however, as the film has an impressive understanding of revolution as something that bursts from within instead of infiltrating from the outside.