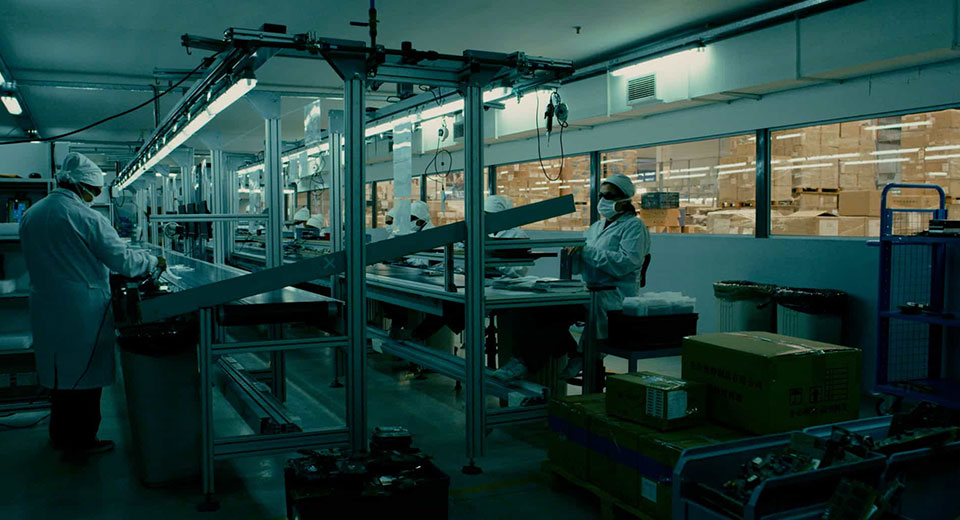 The three early 20-somethings featured in Eduardo Williams’s The Human Surge live in a paradox - they are always in motion, adrift through an ever-changing set of jobs and houses, yet stuck in an inescapable repetitiveness, each day holding the same grind and struggle. Bandied from one unfulfilling workplace to another with little perceptible change in economic situation or working conditions, they spend the bulk of their time either aimlessly wandering across lush natural landscapes or grasping for online connections (both human connection and broadband) that are both elusive and unfulling. Whether located in Argentina, Mozambique, or the Philippines, they are linked by a shared disconnect. Their small talk is alien and downright dystopian in its obsession with technology - whether it’s two friends talking about a feeling of being watched while standing in an empty field or an 8-year-old who refers to the human genome in terms of gigabytes while his guardian leaves him in the middle of the rainforest to find a Cyber Cafe.

Like a delayed riff on the once Oscar-friendly genre of globe-hopping, interconnected narratives positing the triumph of western values in an increasingly transnational reality exemplified by Babel and Traffic, The Human Surge renders cross-cultural similarities as properties of a uniquely foreign post-digital reality. Groups of young men strutting their bodies over Chaturbate in Mozambique and Argentina adopt strikingly similar attitudes of jocular heterosexual awkardness (one group even plays rock, paper, scissors to decide who fellates who), yet instead of working to highlight common ways of belonging these parallels across countries only suggest a shared uneasiness as a symptom of new uncertainties in economic reality. These uncertainties are manifest in the film’s aesthetic agenda as well. Williams shoots the action in perpetual long-shot and lets our gazes meander with the constantly roving protagonists, forgoing narrative anticipation in favor of a continual state of feeling lost in the environment. By the midpoint of the film our awareness is lulled into such a state of somnambulistic drift that when the camera follows a stream of urine down an anthill in Mozambique and follows a roving ant halfway around the world to the Philippines, it’s like nothing has changed at all.